Home Food Desserts That Start With M (Every Dessert You Can Think Of!)
FFood

Desserts That Start With M (Every Dessert You Can Think Of!)

There are many dessert options available around the world. As a result, it’s a dream come true for anyone with a sweet tooth to learn about the variety of options available. There is a good chance you are one of the people who is reading this article right now.

Since there are so many desserts to choose from, we’ve broken them down by their names so you can learn all about them separately. In this section, you’ll find a list of all the popular desserts that start with the letter M. Additionally, you’ll find a list of the top desserts in every country, along with brief descriptions of the most popular desserts in each country. For convenience, we have included separate sections below for Italian, French, German, and Mexican desserts.

The following desserts may be a first for you, while others may cause you to reminisce about the desserts you used to have as a child. Furthermore, we have included some desserts that are accessible for everyone below. You can find many of their ingredients at local stores, convenience stores, and even your local supermarkets.

Desserts that start with M

In our research, we found 59 popular desserts that begin with the letter M and included a short description for each. Check them out below!

Mochi – Mochi, a small cake made from glutinous rice, plays an essential role in Japanese cuisine. Since ancient times, mochi has been associated with Japan, despite its Chinese origins.

Mousse – A mousse dessert consists of light, fluffy layers of cream that have a sweet taste that dates back to the 18th century in France. As the name suggests, mousse is a French word that means foam.

Madeleines – Madeleines are a traditional French dessert. A madeleine is a small sponge cake with a distinctive shell-like shape due to the depressions created by baking it in a shell-shaped pan.

Millionaire Pie – Millionaire Pie is a dessert that does not need to be baked. South Carolina is the origin of this Southern American pie, and someone named it because it was so rich.

Marble Cake – Marble Cake has a streaked or mottled appearance due to the light and dark batter blended lightly. Also, the cake can be a mixture of vanilla and chocolate. In the beginning, people used molasses and spices to marble the cakes.

Maple Syrup Bars – Maple Syrup Bars are desserts that are made with real maple syrup, making them insanely rich and delicious. When he threw his tomahawk at a maple tree in the cold of winter, Chief Woksis discovered the sweet (syrup).

Meringue Pie – Meringue Pie is a famous pie consisting of a pastry base that is shortened and covered with meringue.

Mango Sorbet – Mango Sorbet is a dessert that’s often enjoyed during the summer. It has an intense mango flavor and a touch of lime acidity, a perfect balance for a dessert.

Mirror Glaze Cake – Mirror Glaze Cakes have a glossy finish and are gorgeous cakes. A gleaming glaze is poured over the top of a cake, only to harden into a smooth mirror-like surface reflecting light like a mirror.

Maple Syrup Pie – Maple Syrup Pie is a famous pie served and enjoyed at diners and restaurants. New Hampshire seems to appreciate maple syrup almost as much as Vermonters do.

Mahogany Cake – Mahogany Cake was the first chocolate cake in America, and its color comes more from the science of baking than a little bottle of dye. The frosting will remind you of boiled milk frosting from the old days.

Molded Gelatin – You can set almost any liquid into a jello mold with a little bit of gelatin. Almost no effort is required on your part to turn on the stove.

Mayonnaise Cake – Mayonnaise Cake is one of the easiest, tastiest, and most decadent cake recipes ever! Bake your cake by combining mayonnaise with the batter and pouring it into a pan.

Milkshake – A milkshake is a delicious sweet beverage made from milk and ice cream. It also has flavorings or sweeteners, such as butterscotch, caramel sauce, chocolate syrup, fruit syrup, or whole fruit, which are blended into a thick, sweet, and cold mixture of milk and ice cream.

Monkey Bread – Monkey Bread is a kind of soft, sweet, and sticky pastry, and it is common in the United States. This dessert consists of delicate pieces of dough that have been baked and are sprinkled with cinnamon before serving. Fairs and festivals are often the places where this food is served.

Maple Spice Cake – Maple spice cake is a New Hampshire variation that uses maple syrup or flavoring. This cake is exceptionally moist, flavored with a mixture of spices, and has a texture that almost melts in your mouth because it is so moist! In addition, you can make it quickly and easily.

Maraca Pie – Maraca Pie consists of bananas and sticky rice pudding. All encased in a pastry base.

Monmouth Pudding – Monmouth Pudding originated in Britain and is a traditional dessert. The mixture is baked, breadcrumb-thickened, topped with jam, then covered with meringue. A similar recipe is called Queen of Puddings or Manchester Pudding.

Milk Punch – Milk Punch is also known as egg or egg milk punch when alcohol is added. This traditional Christmas dessert is made from milk, cream, sugar, whipped egg whites, and egg yolks and is usually served at the end of the holiday season.

Macarons – Macarons are small cookies that are typically made from almonds or coconut. Sometimes they are decorated with a chocolate coating or flavorings like glacé cherries or jam. Since the 2010s, French macaron bakeries have become popular in North America.

Marshmallow Cake – Marshmallow Cake resembles a light cheesecake, but it still tastes great! This recipe is perfect for those looking for something sweet to end a meal. You can eat it plain or topped with fruit, but fresh strawberries and whipped cream go incredibly well. When you eat the cake, you can taste the marshmallow flavor.

Italian desserts that start with M

Marron glacé – Marron glacé consists of dried and candied chestnuts, and it’s a famous French sweet during the holiday season. Due to the time-consuming process of preparing candied chestnuts, they are considered an expensive treat. However, chestnuts are one of nature’s most delicious foods with a sweet flavor and unique texture.

Mimosa cake – The mimosa cake is an Italian dessert that contains custard. This cake is served on March 8th, International Women’s Day, and resembles a mimosa flower because it is topped with crumbled cake cubes.

Mostaccioli – The Mostaccioli pasta originates from the southern Italian region of Campania. This variation of penne has a smooth exterior, a tubular shape, and angles at the ends of its noodles.

German desserts that start with M

Mohnkloß – Mohnkloß consists of sweet bread and poppy seeds from Central Europe. Traditionally, Silesia (southwestern Poland) serves the dish almost exclusively on Christmas Eve. However, in eastern Germany, Slovakia, and Hungary, it is also popular in other parts of Poland.

Muskazine – Muskazine is a sweet confection made from almonds, spices, sugar, flour, eggs, and marzipan.

Marmorkuchen – Marmorkuchen is a cake made by lightly mixing two different batters, one dark and one light in color. Marble cakes originated in Germany in the nineteenth century and are still popular today.

Marzipan – Marzipan is a mixture of peeled, ground almonds, sugar, and sometimes alcohol and other additives. Baking ingredients and edible mediums are used for cake decorating.

Magenbrot – Magenbrot resembles a gingerbread cookie in many ways. As a result, this product is often sold at Christmas markets during the holiday season.

Mexican desserts that start with M

Macarrones de dulce de leche – Macarons with dulce de leche make up one of the most popular varieties of this beloved French sandwich cookie. It is impossible to resist the combination of rich caramelized milk and delicate, chewy almond flour cookie shells.

Manjar Blanco – Manjar Blanco, or Manjar de Leche, is the name given to various milk-based delicacies in Spanish-speaking countries. Blancmange is a delicacy found throughout Europe and the U.K., particularly in Spain.

Mazapán de Cacahuate – Mazapán de Cacahuate, also known as peanut marzipan, is a typical sweet associated with Mexican culture. Peanut marzipan is available throughout Mexico year-round and can be found in most stores, but it is super easy to make using only peanuts, sugar, and a food processor. These delightful sweets will brighten dessert tables.

French desserts that start with M

Macaron – Macarons are sweet confections made with egg whites, icing sugar, granulated sugar, almond meal, and food coloring. A French macaron is traditionally credited to the Italian chef of queen Catherine de Medici who introduced it during the Renaissance.

Madeleine – Madeleine refers to a traditional small cake made in Commercy and Liverdun in northeastern France. Generally, madeleines are tiny sponge cakes baked in shell-shaped pans, giving them a shell-like shape.

Mille-feuille – Mille-feuilles are made of puff pastry layered with pastry cream. They are known by names, including Napoleons, vanilla, and custard slices. Marie-Antoine Carême’s improvements influenced the modern form of this statue. 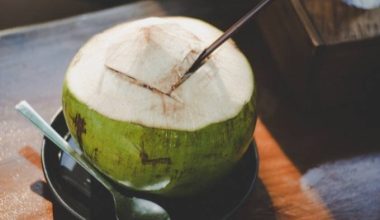 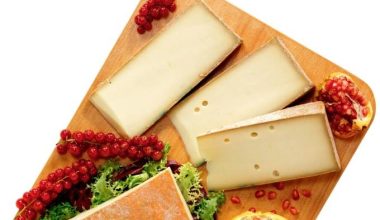 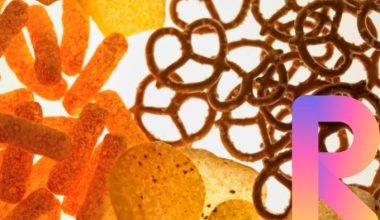 Read More
When we think of snacks, we can include almost any food. You can make snacks at home or…
FFood 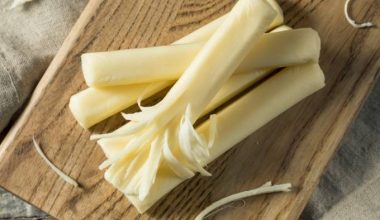 Read More
String cheese is awesome, because it doesn’t only taste delicious, it also looks interesting. Thanks to that, string…