Home Digestion Do Cucumbers Cause Gas and Bloating? (All You Need to Know)
DDigestion

Do Cucumbers Cause Gas and Bloating? (All You Need to Know)

Cucumbers are famous for being rich in water and nutrients. Further, many people enjoy it in various ways, such as mixing it in salads, in dishes, and on its own. However, you may find that eating cucumbers can make you uncomfortable because of gas. So, you may ask:

Cucumbers are members of the Cucurbitaceae family. Because they contain a substance, excessive consumption of such will lead you to an upset stomach, excessive burping, gas, and other digestive problems.

In this article, you’ll see our in-depth take on cucumbers and how they cause gas and bloat. This way, you will understand what happens to your body and learn how to deal with such if it ever happens to you.

Do cucumbers cause gas?

Yes, cucumbers cause gas. Cucumbers contain cucurbitacin, a bitter substance that causes gas and is difficult to digest. Thus, when you quickly eat cucumbers in large amounts, it can result in gas.

Further, cucumbers contain fiber, like other vegetables. While fiber helps the digestive system, overconsumption can also lead to gas.

Now, the thing is that cucumbers contain high amounts of water. Thus, if you eat slowly and in small amounts, you can enjoy cucumbers without problems.

The only thing you need to ensure is that you eat cucumber slowly and only in small amounts. This way, you can avoid gas and prevent it whenever you eat this vegetable.

Do cucumbers cause gas in babies?

If your baby finds it challenging to digest cucumber, it would be best to let him enjoy cucumber only in small amounts. Further, feed cucumber only once in a while until he has grown enough to feed on it.

Do cucumbers cause smelly gas?

Yes, cucumbers can cause smelly gas, resulting from the digestive system’s inability to break down this vegetable if consumed in large amounts.

For this reason, you should avoid consuming cucumber in large amounts. Further, you should chew your food thoroughly for more accessibility, quicker, and better digestion.

Do cucumbers cause gas pains?

You should always eat cucumbers in small amounts and chew appropriately for better digestion to avoid such a thing.

Do cucumbers cause bloating and flatulence?

Additionally, they contain soluble fiber, which does not break down until it reaches the small intestines and can cause bloating and flatulence.

How to prevent gas when eating cucumbers?

To prevent gas when eating cucumbers, eat them in small amounts. If you like, you can stir fry it as well.

Have cucumbers in limited quantities, or add them to your salad if you love it. If you eat cucumber, try drinking some water with some ajwain or pudina leaves with black salt to ease the gas.

How to get rid of gas after eating cucumbers?

You can also have some ajwain with water or pudina leaves with black salt to combat the gas caused by eating cucumber.

Why do cucumbers give you gas?

Cucumbers give you gas because of their cucurbitacin, a bitter substance that causes gas. This substance is present in the Cucurbitaceae family, and it includes cucumbers.

Also, they are high in soluble fiber, which doesn’t break down until it reaches the small intestines and can cause gas.

How do you make cucumbers less gassy?

You can make cucumbers less gassy by cutting them into smaller pieces for easier consumption and digestion. Still, it would be best to chew your cucumber for thorough digestion.

Do cucumbers make you fart?

Yes, cucumbers can make you fart, and it’s because of the water contents it has. If you use raw cucumber, its water won’t go well with the cooking process. As a result, it causes gastric issues in your system.

Thus, the best approach to solve this matter is to stir fry your cucumber first to get rid of its water content. This way, you can prevent any gastric issues and avoid suffering from gas and bloat.

Here are some questions about cucumbers and how they cause gas and bloat. You can skim below and see if you find any helpful information about your concern.

Do English cucumbers cause gas?

American cucumbers are probably not burp-free, but some cultivars are bitter-free. English cucumbers may not taste bitter, but they do carry the genes for bitterness, and they do produce cucurbitacins. They are not burpless, but they cause less burping than American types.

Do raw fresh cucumbers cause gas?

Yes, raw fresh cucumbers cause gas. In general, these cucumbers also contain cucurbitacin, a potent substance that causes indigestion and other digestive problems.

Thus, you can experience a little growling or indigestion when you eat, leading to flatulence or burping, making it challenging to rest with ease.

Do burpless cucumbers cause gas?

For this reason, they are easier to digest and don’t cause burping. Another thing is that burpless cucumbers don’t make people burp.

Do mini cucumbers cause gas?

Yes, mini cucumbers cause gas. Mini cucumbers still contain cucurbitacin, a substance that can cause a bitter taste, indigestion, gas, and other digestive problems.

In short, the best thing to do is to reduce the number of mini cucumbers you eat. This way, you can prevent gas in your digestive system that can cause discomfort.

Do pickled cucumbers cause gas?

Yes, pickled cucumbers cause gas. Pickling cucumbers doesn’t remove the cucurbitacin that can cause gas and other digestive issues. For this reason, the best thing to do is to reduce your pickled cucumber consumption if it causes gas.

This way, you can prevent the discomfort caused by gas from the cucumbers. Further, it will also help you maintain proper and healthy digestion.

Do Persian cucumbers cause gas?

The regular cucumbers contain seeds that cause gas, making people burp. However, Persian cucumbers are seedless, so they don’t cause gas and burping.

In a nutshell, cucumbers cause gas and bloating. The reason is that they contain cucurbitacin, a bitter substance that causes gas, especially when eaten in large amounts. Thus, you should note that a bitter cucumber can cause more gas and even make you burp.

Cucumbers are members of the Cucurbitaceae family. Because they contain a substance, excessive consumption of such will lead you to an upset stomach, excessive burping, gas, and other digestive problems. 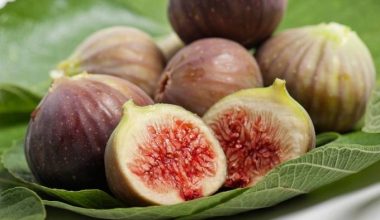 Read More
Figs are rich in vitamins and nutrients, particularly prebiotics. Furthermore, it can be enjoyed, especially as a drink…
DDigestion 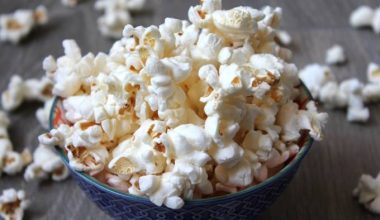 Read More
It is no secret that popcorn is one of the world’s most popular snacks. Many people enjoy it…
DDigestion 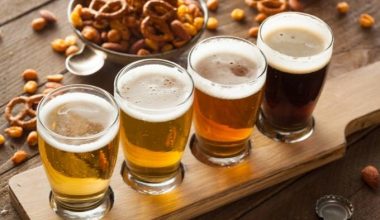 Read More
Beer is one of the liquors that people enjoy because it is refreshing. The cold and fizzy texture…
DDigestion 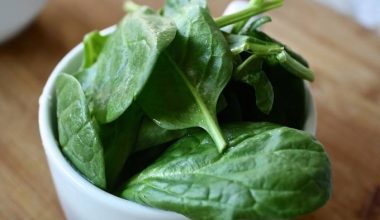 Read More
Spinach is one of the healthiest vegetables you can enjoy. These veggies are packed with nutrients that can…