How Long Can Swiss Cheese Sit Out? (Explained!)

Even though they probably don’t cross your mind often, there are, in fact, a lot of exciting questions about swiss cheese. Don’t believe us? Well, okay then, let’s answer the most important one!

How long can swiss cheese sit out? According to the USDA, swiss cheese cannot sit out for more than two hours if you want to be sure it’s safe to eat. However, it is widely agreed that it takes something around four hours without refrigeration for swiss cheese to be dangerous to eat.

This was just to put it fast, though, because we have to dive into this topic a bit deeper if we really want to understand it.

So without any further delay, let’s get started.

Does swiss cheese need to be refrigerated?

As the United States Department of Agriculture says, swiss cheese, just like every other perishable food, can never be left out for more than two hours before being dangerous to eat. And even though it is generally thought it is still safe to eat until it hasn’t sat out for more than four hours, swiss cheese still needs to be refrigerated because you’re probably not going to finish it as fast.

How long does Swiss cheese last out of the fridge?

Can swiss cheese be left out overnight?

Since it is not safe to eat after more than four (and in the opinion of the USDA, even two!) hours of sitting out, swiss cheese cannot be left out overnight. Even though there is a chance it will still be good, eating it is simply a risk, and we, therefore, recommend you just to throw it out as soon as possible.

Is Swiss cheese OK to eat if left out overnight?

No, Swiss cheese is not okay to eat if left out overnight because it should never sit out for more than four hours to be safe to eat. And if we were to believe the USDA, you shouldn’t even let it sit out of the fridge for more than two hours, so leaving it out overnight is simply not possible.

How can you tell if swiss cheese is spoiled?

If you’re worried about your swiss cheese being spoiled, there’s, fortunately, an easy way to make sure it isn’t. To tell if swiss cheese is spoiled, look at and smell it. If you notice any weird stains or disgusting smells, it’s time to throw the swiss cheese out; otherwise, you can eat it without any worries, though!

How do you keep swiss cheese fresh?

If you want to make sure your swiss cheese will stay as fresh as possible, you first have to wrap it into some parchment, wax, or cheese paper. After that is done, just put the cheese into the fridge, and you can expect it to last in excellent shape for quite a while.

What happens if you eat bad swiss cheese?

Eating bad food (and we hope that you all already know that) is dangerous since it may result in you being sick. So if you eat bad swiss cheese, it is more than probable that you’re going to vomit or have a stomach ache.

Even though the United States Department of Agriculture states that swiss cheese, just like every other perishable food, should never sit out for more than two hours, in reality, it should be safe to eat until it hasn’t been left out of the fridge for more than four hours.

That’s because swiss cheese is a reasonably hard kind of cheese, which means that there’s not as much moisture required for bacteria to multiply in it. 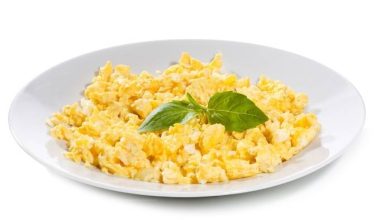 Read More
If there’s something everyone loves for breakfast, it is scrambled eggs – they’re not only tasty but also…
FFood 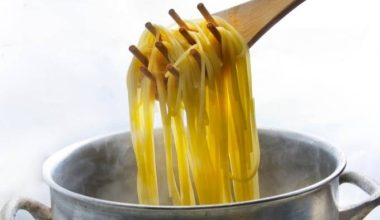 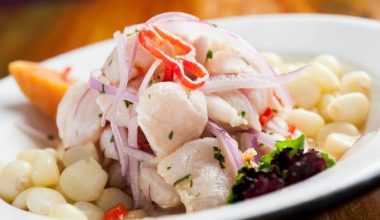 Read More
If you’re a fan of eating raw dishes, then you probably heard or even encountered Ceviche and Sashimi.…
FFood 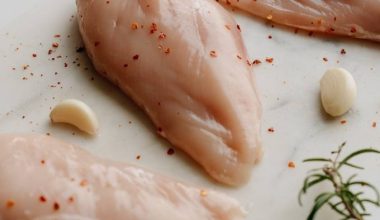 Read More
Chicken is one of the foods we often eat. Restaurants serve them regularly, and many people have raw…