Home Food How Long Can Turkey Sit Out? (Explained!)
FFood

How Long Can Turkey Sit Out? (Explained!)

Turkey is integrally linked to Thanksgiving, and as we all know, there’s always so much food at Thanksgiving everyone’s usually full long before every dish is finished. And even though, most often, there won’t be many leftovers from the turkey itself, it can still happen. Because of that, it may come in handy knowing the answer to this question:

How long can turkey sit out? The United States Department of Agriculture says that turkey can never sit out for more than two hours. That’s because bacteria grow rapidly at room temperatures, making things like turkey spoil in just the blink of an eye.

But this was just a brief answer – if we indeed want to understand this topic, we’re going to have to dive a bit deeper.

So without any further ado, let’s just get started!

Does turkey need to be refrigerated?

If you know you’re not going to eat it immediately, turkey always needs to be refrigerated. The reason is that bacteria grow extremely quickly at temperatures between 40 °F and 140 °F, resulting in perishable food like turkey spoiling very fast.

Though on the contrary, when you put it into the fridge, a raw turkey should be good for at least two and a cooked turkey even for as long as five days.

How long can turkey stay out before it goes bad?

According to the safety guidelines by the USDA, it is not safe to eat any perishable food left out of the fridge for more than two hours because bacteria grow very fast at room temperatures. Due to that, turkey can stay out for only two hours before it goes bad.

Can turkey be left out overnight?

We’ve explained above that you should never leave your turkey out for more than two hours if you want to be entirely sure that it’s safe to eat. And even though, in many cases, it will last for a bit longer, turkey undoubtedly can’t be left out overnight.

Bacteria simply grow exceptionally fast at room temperature, resulting in perishable food like turkey spoiling even in a short while, so if you left your turkey out overnight, you’d better just toss it out as soon as possible.

Uncooked turkey left out overnight – is it ok?

Since according to the USDA, perishable food, including turkey, should never sit out for more than two hours. And that means uncooked turkey left out overnight definitely isn’t okay because it has probably already spoiled and is, therefore, dangerous to eat.

Related: How Long Can sliced turkey Sit Out?

How long can uncooked turkey sit out?

In the opinion of the United States Department of Agriculture, uncooked turkey can sit out for only two hours before being dangerous to eat. The reason for that is the very high activity bacteria have at room temperature.

How long can turkey sit out to thaw?

If you want to thaw your turkey by letting it sit out, you should probably think about other ways. Why? Well, it takes some time for a whole turkey to thaw, but at the same time, a turkey can sit out to thaw for only two hours before being dangerous to eat. Hence, it is basically impossible to thaw a turkey on the counter.

How long can ground turkey sit out?

As the USDA says, it is dangerous to eat any perishable food that was left out of the refrigerator for more than two hours. Hence, ground turkey can sit out for only two hours before being dangerous to eat.

How long can turkey sit out before carving?

According to the USDA, a turkey can sit out before carving for just two hours. That’s because of the extremely high activity bacteria have at room temperature, making perishable food like turkey dangerous to eat even after a short while without refrigeration.

How long can turkey sit out before cooking?

Since no perishable food should ever be left out for more than two hours before being dangerous to eat, turkey can sit out for only two hours before cooking. The reason for that is the very high activity of bacteria at temperatures between 40 °F and 140 °F.

How can you tell if the turkey is bad?

If you’ve had some leftover turkey for a while now, it is wise to check it out before eating it. You can tell if the turkey is bad by looking at and smelling it – if you notice any weird colors on the surface or a disgusting odor coming from it, it is time to throw the turkey out. Otherwise, it is good to go, though.

How do you keep the turkey fresh?

If you have some leftover turkey you now want to hold onto for a while, just putting it into the fridge isn’t enough. To keep the turkey fresh, you first have to put it into an airtight sealed container. Then, just after that, put it into the refrigerator – that way, it’ll stay in excellent shape for at least two days.

And if you want to store it for an even more extended period, just put it into the freezer instead of the fridge – in the freezer, the turkey will stay good for at least three months.

What happens if you eat bad turkey?

When you eat bad food, chances are, as you all probably already know, you’re going to be sick, and turkey isn’t an exception. So if you eat bad turkey, be prepared that you may have a stomach ache, diarrhea, or vomiting.

Just like with pretty much every other perishable food, the USDA says you should never let your turkey out of the fridge for more than two hours. Why? Well, because bacteria grow exceptionally quickly at 40 °F – 140 °F, which makes foods like turkey dangerous to eat even just after a short time of sitting out at room temperature. 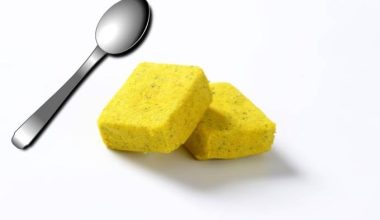 Read More
Bouillon cubes have been around for many years now. You can use these cubes to spice up soups,…
FFood 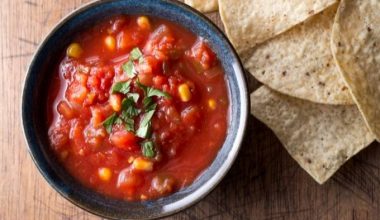 Read More
Who doesn’t love salsa, right? But although nearly everyone likes it, it still isn’t precisely the thing that…
FFood 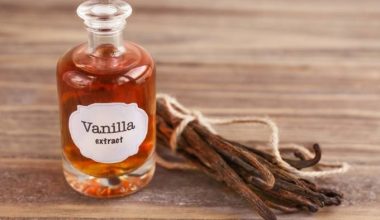 Read More
Vanilla extract isn’t precisely the thing you’d be using every day, and because of that, it is obvious…