How Long Can Coffee Creamer Sit Out? (Explained!)

Coffee is one of the most popular drinks throughout the world, and although many coffee enthusiasts consider it a crime, it is most often served with some milk or cream. Lately, it’s been more and more popular with replacing these with coffee creamer, though.

Coffee creamer is not only lactose-free but also pretty cheap, exceptionally considering the big bags it usually comes in. Thanks to them, you also don’t have to buy coffee creamer very often, since a pack of it is enough for a long time. But precisely because of that, many may wonder:

But what would happen if you left out for too long? And more preeminently, how should you store it so that it doesn’t turn bad? That’s exactly what we’re going to be talking about in this article.

Without any further delay, let’s just get started then!

Does coffee creamer need to be refrigerated?

But on the other hand, powdered coffee cream doesn’t have to be in the fridge. That’s because it doesn’t contain any moisture required for bacteria to spread quickly. Hence, you can leave it out for even as long as two years in some cases!

How long can coffee creamer sit out of the fridge?

There are two main categories of coffee creamers, and they differ a lot regarding their ability not to turn bad without refrigeration. First, you have liquid coffee creamers, which, unfortunately, cannot sit out of the fridge for more than a few hours cause it starts to spoil quickly at room temperature.

Can coffee creamer be left out overnight?

Yes, coffee creamer can be left out overnight, provided the powdered type. That’s because powdered coffee creamers don’t need to be refrigerated at all, thanks to their lack of moisture.

On the other hand, Liquid coffee creamers should always be refrigerated if possible because it isn’t safe for them to sit out for more than two hours, at least in the opinion of the USDA.

How can you tell if coffee creamer is bad?

Telling if your coffee creamer is bad is a pretty easy task – firstly, you should look out for any changes in texture and smell. If the creamer doesn’t smell nor look weird, it should be good to go.

How do you keep coffee creamer fresh?

If you want to keep your coffee creamer as fresh as possible, it is crucial to seal it every time you use it tightly. And if you’re using the powdered type of coffee creamers, that’s all you have to do because that type doesn’t have to be in the fridge.

What happens when you eat a bad coffee creamer?

When you eat a bad coffee creamer, you may experience a stomach ache or bloating. Because of that, you should never touch spoiled coffee creamer, although you don’t have to stress out if you’ve had some unintentionally.

Since just a little coffee creamer is usually used while making a coffee, it isn’t that likely that it will actually do any harm to you. Additionally, you should also be able to taste the bad coffee creamer immediately, meaning you most likely won’t even drink the whole cup.

However, you should still throw out any spoiled coffee creamer without a doubt; this just means that it isn’t a tragedy if you’ve had some by accident.

How long can coffee mate creamer sit out?

Coffee mate creamer is one of the most popular coffee creamers out there that comes both in the liquid and powdered variation. And that plays a crucial role regarding how long can coffee mate creamer sit out – while the liquid variation shouldn’t be left out of the fridge for more than a few hours, the powdered one can sit out for even as long as two years.

How long can Starbucks creamer sit out?

Starbucks creamer is a liquid type of coffee creamer, and that, unfortunately, means it can’t sit out for too long – actually, according to the USDA, it is not safe to leave it out of the fridge for more than two hours.

With that being said, though, an unopened package of Starbucks creamer should stay good for a bit longer. Nonetheless, you should always still store it in the refrigerator to be entirely sure it’s safe to consume.

How long can International Delight creamer sit out?

International Delight creamer is one of the most popular liquid, non-dairy coffee creamer. But even though it’s a non-dairy product, just like any other liquid coffee creamer, it still can’t sit out for much longer. In the opinion of the USDA, it’s dangerous to leave it out at room temperature for more than two hours.

How long can almond milk coffee creamer sit out?

But with that in mind, it’s fair to mention that it probably will stay good for a bit longer, maybe even a day or two, especially if it hasn’t been yet opened.

How long can iced coffee with creamer sit out?

Although plain iced coffee can sit out for maybe even a day, everything changes when adding some creamer. Iced coffee with creamer should never sit out for more than two hours. That’s because, after this time at room temperature, bacteria start to grow rapidly, which would quickly make the coffee turn bad.

Although coffee creamers are non-dairy products, they can still turn bad reasonably quickly when left out. Well, at least if we’re talking about the liquid coffee creamers, because they shouldn’t be left out for any more than a few hours, especially when already opened.

Instead, you should always put your liquid coffee creamers into the fridge, and it’s also highly recommended to seal them into some air-tight containers. This isn’t the case with powdered coffee creamers, though.

Even though sealing it after opening it is still wise, storing them in the refrigerator is far from necessary. That’s thanks to the fact there’s no moisture in powdered coffee creamers, and that makes it hard for bacteria to grow. 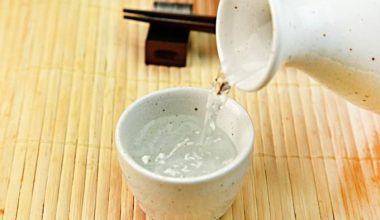 Read More
Rice wine and white wine share several similarities. Thus, when it comes to using, you may wonder about…
FFood 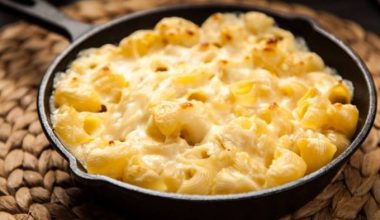 Read More
Mac and cheese is one of the most popular meals in the United States, and it isn’t that…
FFood 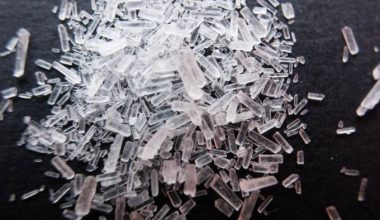 Read More
Out of the countless seasonings popular in Oriental cuisine, only a few of them are as popular as…
FFood 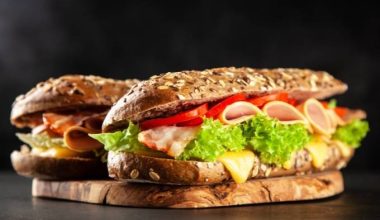 Read More
There aren’t many fast-food chains as popular as Subway is, and it isn’t hard to see why. They…