Home Food craving Why Am I Craving Beer? [And What to Do? Explained!]
FFood craving

Why Am I Craving Beer? [And What to Do? Explained!]

Beer remains a well-loved and popular liquor all over the world. Although it comes in various flavors, you can generally find one through stores and even groceries. For this reason, it’s not surprising to hear that many people crave it from time to time. Still, you may ask:

Why am I craving beer? Recent research says that even the slightest taste of beer floods our brains with the neurotransmitter dopamine, prompting us to want the rest of the pint. Dopamine plays many roles in the brain but is most often associated with motivation, including reward-seeking behavior, drug abuse, and addiction.

Stress, routines, and your sudden cessation of alcohol consumption are the most likely causes of your desire for beer. We should consider these numerous explanations one by one, along with less likely factors such as pregnancy and gut bacteria.

You’ll learn everything you need to know about beer cravings in this post. The article discusses the most common causes of these urges and how to cope with them.

Why do I crave beer?

What does it mean when you are craving beer? If you’re craving a beer, it’s probably due to stress, your habits, or your sudden stop from drinking beer. Let’s look at each one to see if any of these three matches your case.

Stress and strong emotions often cause us to crave beer. For instance, you feel happy and pleasured after drinking beer because it releases endorphins.

In short, your way of handling emotions and stress may be more manageable through beer consumption. Now, the key to this method will always be moderation.

As long as you don’t drink much, you can always give in to relax and enjoy yourself away from your stress.

In addition to solid cravings for beer, internal and external factors play a role. For example, an urge to drink can be triggered by objects, emotions, and places we associate with drinking, while routines and habits can make drinking seem automatic.

Leaving the office might make you want to go have a beer if you’re used to hitting happy hour after work at your favorite bar.

Both internal and external factors can trigger drinking. It is common to be triggered by beer and being in the company of others who drink.

Even happiness might trigger the desire to consume beer if you associate it with fun and celebration.

Post-Acute Withdrawal Syndrome (PAWS) can also occur if you recently stopped drinking. When a person recovers from physical withdrawal from beer, this is a common symptom.

When someone gives up alcohol, their brain chemistry can take some time to adjust.

People may also experience intense emotions while drinking and may feel stressed when readjusting to daily life and building new routines.

Usually, PAWS goes away on its own with the right support system. But until it does, you’ll probably have intense cravings.

PAWS is also characterized by anxiety, depression, irritability, difficulty with cognitive tasks, self-defeating thoughts, insomnia, and obsessive-compulsive behaviors. About 75 percent of people in alcohol recovery will experience PAWS at some point.

Why am I craving beer all of a sudden?

If you’re craving beer all of a sudden, it’s likely because of PAWS or Post-Acute Withdrawal Symptoms. When someone gives up alcohol, it can take some time for their brain chemistry to adjust, and that’s where your beer cravings may come from.

People may also experience intense emotions while drinking and may feel stressed when readjusting to daily life and building new routines. In short, you’ll do well with eating healthier alternatives and focusing your mind on other things rather than your beer cravings.

Why am I craving beer all the time?

If you’re craving beer all the time, it’s because of your routine and habits. An urge to drink can be triggered by objects, emotions, and places we associate with drinking, while routines and habits can make drinking seem automatic.

Both internal and external factors can trigger drinking. However, it is common to be triggered by beer and being in the company of others who drink. In short, you should keep in mind that it’s temporary, and it will pass as soon as you get over and get used to without beer consumption.

How to stop craving beer?

If you want to stop craving beer, you should begin by identifying patterns and trends. What are the cues or triggers that make you crave beer? You can start with a list with three columns:

The cues that happen to you, like beer ads or debt collection

The activities you partake in, like going to a ball game or trivia night at a friend’s place

The strategies you can use to calm ourselves, like meditation or exercise

By identifying the cues and triggers that make you crave drinking, you can begin to predict, prepare for and act against a large subset of triggers.

For the wholly unpredictable cues, you can still use our list of calming strategies to refocus your energy away from the temporary discomfort: our cravings are always brief unless you act upon them. You have little to fear if you acknowledge our feelings and allow them to rise and fade harmlessly.

And then, you rely on our support networks for the things you cannot handle alone.

What to eat when craving beer?

Many recoveries struggle with managing their beer cravings daily, but certain foods can help. Addiction experts say the key is to eat foods that improve digestion, promote steady blood sugar throughout the day, or support brain chemistry.

The following are seven of their favorite craving busters:

In short, you’ll do well if you would seek other healthier alternatives to consume besides beer. This way, you avoid drinking too much alcohol and prevent you from going overboard with giving in to your cravings.

While pregnant or trying to get pregnant, there is no known safe amount of beer consumption. When to drink beer during pregnancy is also unknown. Beer of any type is equally harmful to a pregnant woman.

You may crave beer or other alcoholic beverages when you are on your period, but drinking can negatively impact your hormone levels. It increases the production of estrogen and testosterone. Either can aggravate PMS symptoms, wild mood swings, and irritability.

In short, it’s not a good idea to give in to your beer cravings since it’s usually because of your hormones. Instead, it would be best to stick with healthier food and drinks to help you through your period.

It’s normal to crave beer or other alcoholic beverages during your period, but alcohol can negatively impact your hormones. For example, alcohol stimulates the production of both estrogen and testosterone. These factors can aggravate PMS symptoms, wild mood swings, and irritability.

In short, it’s not a good idea to give in to your beer cravings since hormones usually cause them. Instead, keep your diet healthy during your period by choosing foods and drinks that can help you.

Beer should not be consumed within four hours of bedtime. Even though beer may help you fall asleep, it interferes with the quality of your sleep. In addition, one serving of beer can take the body one hour to digest.

In short, it’s not a good idea to give in to your beer cravings, especially before bedtime. If you have other healthier alternatives, you’ll do well to drink such rather than beer.

In short, you should eat and drink healthy food and drinks when you’re sick rather than give in to your beer cravings. It will help you recover quickly and prevent further complications brought by beer.

Can you have a beer addiction?

Yes, you can have a beer addiction, and it often happens to people who don’t control their beer consumption.

In short, you’ll probably do well if you don’t give in to your cravings and avoid beer at all costs. This way, you can prevent yourself from taking in too much alcohol and the complications that come from such.

Beer craving is not a sign of pregnancy, and you should not think of it as such. Women aren’t encouraged to drink beer during pregnancy. Nevertheless, studies suggest that the craving for beer and its effects linger in the body and brain even after you stop drinking.

In short, if you’re craving a beer, it’s likely because you’re drinking it regularly, and then you stopped and haven’t had one for a while. Further, you may have such a craving if you’re feeling stressed, but it’s rarely because of a pregnancy craving.

Can you drink too much beer?

Yes, you can drink too much beer, and it’s not a good thing to do so. When you drink too much beer, you may experience flushing, confusion, trouble controlling emotions, blackouts, loss of coordination, seizures, drowsiness, difficulty breathing, hypothermia, low blood sugar, vomiting, diarrhea, bleeding, irregular heartbeat, and other side effects.

In short, you’ll do your body a better thing if you stay away from drinking too much beer. Also, it will help you prevent the consumption of large amounts of alcohol regularly.

Here are some frequently asked questions about beer cravings. Probably some of these things are on your mind.

What does craving beer mean emotionally?

The neurotransmitter dopamine is released into our brains during just a tiny taste of beer, making us crave the rest of the pint. Dopamine has many functions in the brain, but it is most often associated with motivation, reward-seeking behavior, and drug addiction.

Recognition of such a desire is a form of self-medication. As an example, beer can stimulate your curiosity since you enjoy it and haven’t had any in a long time. Additionally, gratifying this need may improve your mood or, to put it another way, make you happier.

What deficiency causes you to crave beer?

If you’re craving beer and you think you have a deficiency in nutrients, it’s likely an iron deficiency.

A lack of iron in the body results in iron deficiency. Nutritional deficiency is the most common cause of death in the United States.

Increased iron deficiency can be caused by diseases, nutritional deficiencies, or blood losses, and the body’s inability to take in or absorb iron.

While you may get tiny amounts of iron from beer, you can get better alternatives. This way, you can avoid drinking too much alcohol while getting the amount of iron you need for your body.

In a nutshell, beer cravings often occur due to several reasons. It can be due to emotional stress, routine, or cravings after stopping your drinking for a while. Whatever the reason is, you need to understand what it means so you can deal with it without compromising your health. 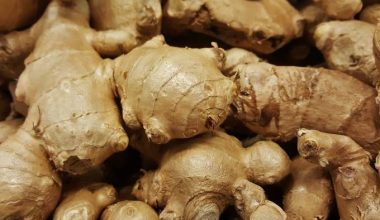 Read More
Cravings happen to us all the time, and they can be any kind of food and for any…
FFood craving 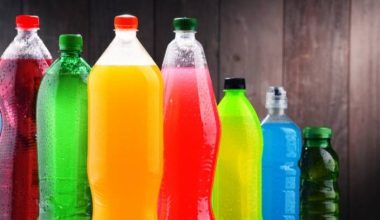 Read More
Soda is one of the drinks we enjoy all the time. It’s a perfect match with almost any…
FFood craving 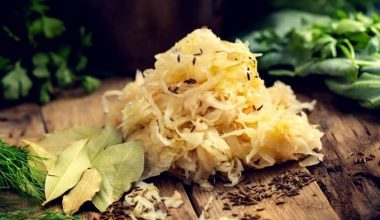 Read More
A typical kitchen would not be complete without sauerkraut. Several recipes include it as a part of a…
FFood craving 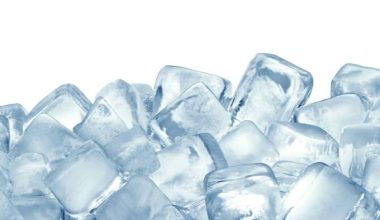 Read More
Ice is probably the most common thing you’ll see in drinks. This is because it makes almost every…