Home Food Mozzarella vs Swiss Cheese: What Is the Difference?
FFood

Mozzarella vs Swiss Cheese: What Is the Difference?

When someone mentions cheese, what are the two countries that immediately pop up in your mind? Of course, many will probably think about France and Netherlands, but it’ll probably be Italy and Switzerland if you’re like us.

These two European countries are well-established names in the cheese world, and it’s easy to see why – they simply make fantastic cheese! But do you know some kinds of cheese that come from there?

You surely do because if it weren’t for any others, there’s still at least the ridiculously popular Mozzarella. And that is, as we hope you know, a traditional Italian cheese.

And for Switzerland, you don’t need to think too much, either – yeah, finding the connection between Switzerland and Swiss cheese isn’t that hard!

So now we’ve named a kind of cheese for both Italy and Switzerland, nice! This is obviously not where we’re ending, though. And that’s because there’s at least one big question – are you sure you can tell Swiss cheese and Mozzarella apart?

Is this the only difference, though? Doesn’t the taste differ in some other aspects as well, for example? This is precisely what we’re about to uncover in this article, so keep reading, and you’ll get your answers!

What is the difference between Mozzarella and Swiss cheese?

In order to really, really understand the differences between mozzarella and swiss cheese, we need to look at a few properties of these two. So what are waiting for? Let’s get into it!

Many people say the taste of Swiss cheese resembles the one of Mozzarella, and it is easy to see why – these two kinds of cheese indeed do taste somehow similarly.

With that in mind, though, it is vital to notice that Mozzarella has a bit more salty and bitter taste that is fresher. On the other hand, due to its aging, Swiss cheese has a somehow stronger flavor that some describe as nutty and buttery.

Mozzarella is a cheese known, besides its other remarkable properties, for its excellent melting abilities. Indeed, there are only a few kinds of cheese that can challenge Mozzarella regarding this matter.

But, believe it or not, Swiss cheese is one of those. So if the way the cheese melts is the most important thing for you, you can undoubtedly pick either of these two, and you won’t be disappointed.

Swiss cheese is known as one of the healthiest kinds of cheese, which can be seen in its fat content. Swiss cheese contains as low as 10 % of fat, and that is nearly unbelievable!

Mozzarella doesn’t contain tons of fat either, but roughly 25 % of fat is still much more.

We’ve now covered all of the fundamental culinary properties of our two kinds of cheese, but there’s also one that many consider being even the most important of all of them – the price.

So how is it with Mozzarella and Swiss cheese regarding this? Well, it depends on the specific types and brand of cheese we’re talking about, but in general, Mozzarella can be called cheap.

At least undoubtedly cheaper than the Swiss cheese, which price may go high in some cases.

As we’ve already explained, Mozzarella and Swiss cheese not only taste kind of similar but, more importantly, melt in the same fashion as well. And that means you can use either of them in the same recipes.

The most common one would be pizza – the reason Mozzarella and Swiss cheese are so popular for making this dish is their already mentioned excellent melting qualities.

Maybe the most crucial properties of those two kinds of cheese we need to compare are their nutrition values. So let’s take a look at this table:

Which is better, Swiss or mozzarella cheese?

This question is impossible to answer because, and this applies to food in general, what is better depends only on your tastebuds and other preferences.

With that being said, Mozzarella simply fits better in some recipes, just like Swiss in others, so it’s also wise to stick to the recommended kind of cheese in these cases.

Can I use Swiss cheese instead of mozzarella and vice versa?

However, it is plausible to use one instead of another in your favorite recipes regardless of what we just said!

It is evident that the result isn’t going to be just the same, but the differences between Swiss Cheese and Mozzarella aren’t that crucial.

So yes, you can use Swiss cheese instead of Mozzarella and vice versa.

Is Swiss a good substitute for mozzarella?

Yes, Swiss cheese is usually a good substitute for Mozzarella because it has a somewhat similar taste and, more importantly, melting abilities.

Is Swiss or mozzarella healthier?

Firstly, let us just mention that both Swiss cheese and Mozzarella can be considered healthy kinds of cheese. Which one is healthier, though?

No, Mozzarella isn’t Swiss cheese, and the reason for that is quite simple.

Mozzarella doesn’t fall under the broad term Swiss cheese simply because it doesn’t come from Switzerland – quite the contrary, it is a traditional Italian cheese tightly connected to the local cuisine.

Do Swiss and mozzarella go together?

Yes, Swiss cheese and Mozzarella go together, and they go together pretty well, for that matter! Since they both melt nearly equally, it is all about flavor.

And many people love the combination of the a little bit bitter, milky taste of Mozzarella with the aged and nutty flavor of Swiss cheese. For instance, mixing these two together isn’t uncommon while making pizza.

Swiss cheese and Mozzarella differ in many things, beginning already with their aging time. However, they’re still pretty similar kinds of cheese, and many people consider Swiss cheese one of the best substitutes for Mozzarella.

The same goes vice versa, and the reason for that is that these kinds of cheese share the mild, milky taste and excellent melting abilities, making them fantastic choices for recipes like pizza.

In fact, many people even love to make their pizza precisely from the mixture of Swiss cheese and Mozzarella. 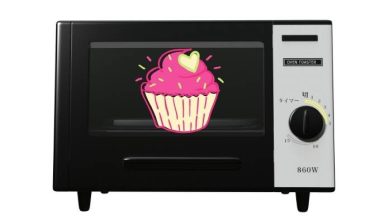 Read More
Cupcakes are everyone’s favorite, and it’s not surprising to know that many people like us want to eat…
FFood 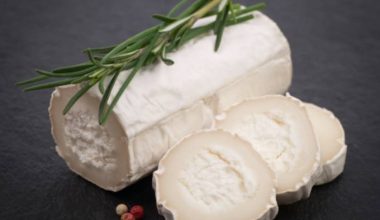 Read More
Goat cheese is nowadays one of the most popular kinds of cheese throughout the whole world; however, that…
FFood 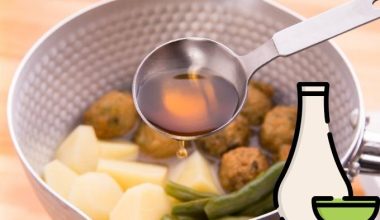 Read More
Mirin and rice wine are often misunderstood by anyone who isn’t familiar with Japanese cuisine. Thus, if you’re…