Why Is Wasabi Green? (Mystery Solved! Read It Here NOW!)

When we speak of wasabi, we think of this green paste that we see beside sushi and other Japanese dishes. Now, if you haven’t seen authentic wasabi, you may wonder where it comes from and why it has a green color. So, one of the questions you may ask is:

Why is wasabi green? Wasabi is green because it comes from the green-colored Wasabi japonica. It’s Japanese horseradish, and it comes in green color. The roots are grated using sharkskin, making the green wasabi paste we add on top of sushi. Fake wasabi is also green but dyed and not a natural color.

Horseradish and wasabi both have a spicy kick, but real wasabi gets its green color from chlorophyll. Wasabi is made by grating the plant’s stems, leaves, and rhizomes (all photosynthetic). Unlike horseradish, which is made from the ground root of the plant, horseradish is off-white.

In this article, we’ll talk about wasabi, especially its green color. This way, you can understand more about this condiment and how it comes from that iconic green color.

Why is wasabi paste dyed green?

Wasabi paste isn’t dyed green if you have authentic wasabi. However, since 95% of wasabi in the market is fake, it’s dyed green to copy the actual wasabi color.

Since wasabi is rare and expensive, it is most often powdered. Thus, this type of wasabi is usually made from white horseradish mixed with ground mustard seeds.

Because the typical horseradish is white, manufacturers use green dye to imitate wasabi and make it look authentic.

Yes, real wasabi is actually green. Even though horseradish and wasabi are spicy and hot, real wasabi gets its green color from chlorophyll.

Wasabi is prepared by grating the plant’s stems, leaves, and rhizomes (all photosynthetic) so consumers can eat them.

If you’re not living in Japan, you’re almost certainly eating a substitute for wasabi. The fiery-hot green ball is served with sushi.

As you can see, this is fake wasabi of horseradish, mustard, starch, and either green food coloring or spinach that is used to make it.

To know what form of wasabi you are getting, you need to check the ingredient list rather than the product name because both forms are called “wasabi.”

What color is wasabi naturally?

Wasabi has a natural green color. Wasabi is a Japanese horseradish that comes in green color. The paste is made by grating its green roots called rhizomes.

Thus, you can see authentic and natural wasabi paste in green color. However, since wasabi is rare and expensive, many manufacturers make fake wasabi paste, and it’s green because of the dye.

Packages often labeled as wasabi include ingredients that do not actually come from the wasabi plant. There is a primary difference between the two in color, with wasabi being naturally green.

No, wasabi is not just horseradish dyed green. Wasabi is an actual green plant with green roots, and it’s called Japanese horseradish or wasabi japonica.

The wasabi with green dye is a fake wasabi paste, which you’ll usually get since wasabi is rare and expensive.

In most cases, the wasabi served at sushi bars worldwide is not actually wasabi. Typically, it consists of ground horseradish mixed with green food coloring and a little Chinese mustard.

Genuine wasabi differs from “American” wasabi in its original green color. You can also find a difference in flavor and aftertaste between the two products.

Although horseradish and wasabi are both spicy, wasabi has a milder taste, subtle sweetness, and a complex vegetable flavor.

Authentic grated wasabi comes from a fresh grater with no additional ingredients. As a result, horseradish wasabi has a gritty texture, more like a paste.

In a nutshell, wasabi’s green color comes from Wasabi japonica, which is green from chlorophyll. It comes in green color, and it’s Japanese horseradish. Using sharkskin, you grate the roots to make the green wasabi paste we add to sushi. As with real wasabi, fake wasabi is green but has been dyed and is not a natural color.

The green color of real wasabi comes from chlorophyll, which gives horseradish its spicy kick. To make wasabi, the plant’s stems, leaves, and rhizomes (all photosynthetic) are grated. As a result, the color of horseradish is off-white, unlike the color of the ground roots of the plant. 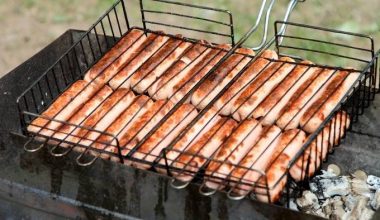 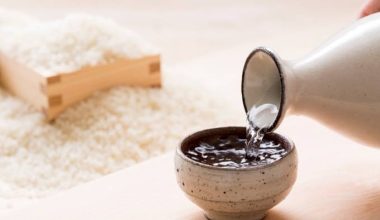 Read More
If you frequently visit grocery stores, you may find cooking sake in some cooking sections, away from liquor.…
FFood 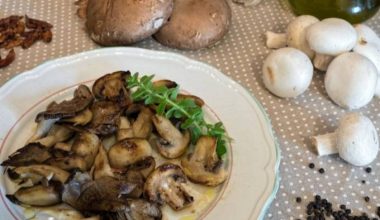 Read More
Let’s face it; mushrooms are far away from children’s favorite food, which makes it more than typical to…
FFood 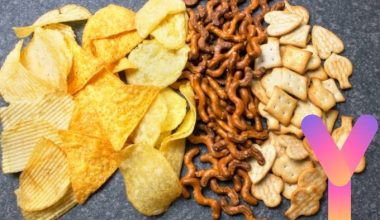 Read More
As far as snacks are concerned, there are no restrictions. Making snacks at home or purchasing them from…