Wasabi is one of the most well-known hot ingredients in the world. But how hot it really is? Read on!

How hot is wasabi? We can compare wasabi to chili peppers with 1,000 Scoville units. But the taste is more refined. Wasabi’s heat sensation is caused by a different compound than that of hot peppers, and it lasts for a shorter duration. Also, true wasabi has more umami than spiciness.

If you want to know how wasabi compares to chili peppers and more, continue reading.

How many Scoville does wasabi have?

There’s a long-standing myth that wasabi is hotter than hot peppers.

The truth is that there’s no such thing as wasabi Scoville—because wasabi isn’t a pepper and has no capsaicin. But we can make comparisons based on our tastes. In that case, wasabi’s heat level is comparable to that of peppers with 1,000 Scoville units or less.

The technical definition of Scoville units is the amount of capsaicin (the hot chemical in peppers) within the pepper. And wasabi has no capsaicin.

Wasabia japonica (the scientific name for this spicy root veg) belongs to the same family as mustard, cabbage, and horseradish.

How hot is wasabi paste in Scoville units?

The theory with wasabi paste is that it’s comparable to peppers with 1,000 Scoville units like the pepperoncini, anaheim, or poblano. But we can’t tell for sure as we can’t use Scoville units for wasabi hotness.

How spicy is wasabi?

The heat you experience from wasabi is caused by a different compound than the heat from hot peppers, and it doesn’t last nearly as long. In addition, true wasabi has more umami than spiciness, which further balances out the flavor profile.

It also means that if you’re used to eating spicy food, you probably don’t need to worry about being overwhelmed by wasabi.

If you’ve tried eating raw, spicier peppers with no ill effects, it’s unlikely that even a strong dose of wasabi will get the better of your tolerance.

Why is wasabi spicy?

The main reason wasabi is spicy is due to a chemical called allyl isothiocyanate. This chemical compound plays a role in the defense mechanism of many plants, and it’s also responsible for the spiciness of mustard, cabbage, and horseradish.

It’s suspected that the strong taste is an evolutionary defense mechanism to repel animals.

A strong taste would make the plant less appealing to animals, so they’d move on to other food sources.

How hot is wasabi compared to peppers?

If you have ever tried wasabi and felt a burning sensation in your nose, you probably had the misconception that it was as hot as peppers. You might also have compared it to chili, sriracha, or habanero.

This is not true. Wasabi has nothing on any of these hot condiments. It’s actually very mild in comparison with pepper-based spices and sauces. But beware: its effects can be more powerful than you think!

Is wasabi hotter than habanero?

The short answer: no, wasabi is not hotter than a habanero. Habanero peppers are about 100-350 times hotter than wasabi on the Scoville scale. Wasabi has a pungent and sharp taste, but it’s not necessarily hot like habanero peppers.

If you’ve ever been to a sushi restaurant that serves fresh wasabi and ginger, you might have noticed the difference in the effects of both foods on your mouth: while spicy food brings tears to your eyes, wasabi makes your sinuses tingle.

Is wasabi hotter than jalapeno?

Of course, this all depends on where you eat your wasabi. If you think your sushi joint has particularly potent green paste they call wasabi, try making an order of sushi with real Japanese horseradish and see if it hits harder.

Is wasabi hotter than Carolina Reaper?

No, wasabi’s heat pales in comparison to the Carolina Reaper. The average Scoville Heat Unit (SHU) for wasabi is just 1,000. The Carolina Reaper has an average SHU of 1,641,000—that’s over 1,641 times hotter than wasabi!

And if you thought this meant that wasabi wouldn’t do much in terms of flavor or heat because it can’t compete with peppers like the Carolina Reaper and ghost pepper, think again.

Wasabi packs a punch with its strong taste and sharp hotness, making it perfect for sushi and other dishes you want to add some extra kick to.

Is wasabi hotter than a ghost pepper?

No, wasabi is not as hot as a ghost pepper. Wasabi can be compared to about 1,000 Scoville heat units (SHU), while ghost peppers top out at over 1 million SHU! That’s 1,000 times hotter than wasabi!

Wasabi also has a short duration of heat that doesn’t compare to the length of time of burning sensation caused by the capsaicin in chilis.

Is wasabi hotter than chili?

No, wasabi is not as hot as chili. Wasabi typically measures in at around 1,000 Scoville heat units (SHU). By comparison, the average chili pepper measures about 2,500 to 8,000 SHU. So while wasabi may have a sharp taste, it doesn’t pack the same level of heat as chili.

Then you also have extreme chili peppers that can measure up to 2 million SHU! These include the Carolina Reaper and ghost pepper. Considering all this, wasabi is really mild compared to most chili.

Which is hotter, wasabi or sriracha?

It’s a shock to many to learn that wasabi isn’t actually that hot, and in fact, there are several more common foods that pack a bigger punch.

For example, sriracha has a Scoville rating ranging from 1,000 to 2,500. Meanwhile, wasabi can be compared to 1,000 Scoville units. This means that sriracha is a little bit hotter than wasabi.

While wasabi may not be the hottest thing out there, it’s still a powerful flavor that can really add some zing to your food. So if you’re looking to add a little bit of heat to your next meal, reach for the wasabi!

Is wasabi hotter than horseradish?

Well, it’s a little more complicated than that.

The paste you get at most sushi restaurants isn’t made from real wasabi at all, but rather horseradish mixed with mustard and green food coloring. So if you just tasted horseradish and wasabi side-by-side, the horseradish would definitely be hotter than wasabi.

Real wasabi is the rhizome of a plant grown in Japan and China (it can also be grown in other regions with the right environment). If you’ve ever had real wasabi, then you know it has an earthier flavor and a much tamer heat level.

Why is some wasabi hotter than others?

There are several factors that affect the hotness of wasabi. They include:

All of these factors can impact the overall heat level of wasabi paste, so it’s difficult to give a definitive answer as to why some wasabi pastes are hotter than others.

Wasabi is relatively mild in comparison to other peppers. It’s hard to compare, though, as we can’t use the Scoville scale for wasabi as wasabi has no capsaicin. Also, most wasabi consumed in the United States is not real wasabi but rather horseradish mixed with other ingredients. 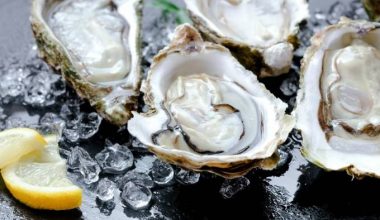 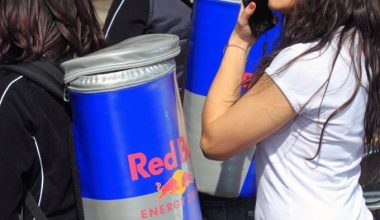 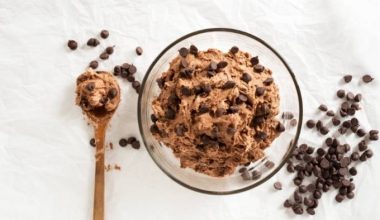 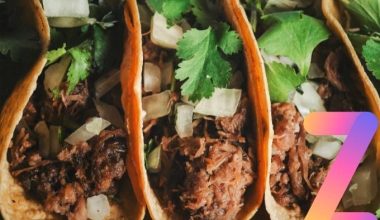 Read More
Mexican cuisine is one of the types that many people enjoy for many reasons. For example, Mexican food…