Why Are Pecans So Expensive? (Top 5 Reasons Explained)

Pecans are another type of nut enjoyed by many people, whether as a snack or part of recipes and dishes. Due to its health benefits, many people are starting to take an interest in getting pecans. However, you’ll notice that the price is quite steep. So, you may ask:

Why are pecans so expensive? Pecans are so expensive because of their high demand but with low supply. Other costs, like the uncertainty of the market and the advertising of these nuts as luxury types, increase the price. Overall, the entire cost makes pecans pricey, especially for most consumers.

Pecans are one of the popular types of nuts that many people buy. If you’re budget-conscious, you may have planned on getting some of these nuts but considered cheaper alternatives. Thus, the best thing to do is understand the value of these nuts to know the reason behind the price.

In this article, we’ll walk you through the top five reasons why pecans are so expensive. This way, you can understand the value of pecans. It will also help you see if it’s worth your money or better to consider other alternatives.

Yes, pecans are expensive, although it’s not the most expensive type of nut around. There are several reasons why pecans are so expensive, and among these are the high demand but low supply of this nut. Also, there are other factors to consider, which is what we’ll tackle below.

Why are pecans so expensive?

Pecans are so expensive because of five common reasons. You can read each one below to know why these nuts have a high price.

It takes over ten years for the tree to mature and produce pecans. Due to the extended wet season, harvesting is sometimes disrupted, creating distribution gaps in the market, and causing the price to increase.

Retailers typically purchase products during bumper harvests and sell them when the market is scarce. As a result, pecans are very expensive. Therefore, market saturation is a good time to buy cheap pecan nuts.

This results in the pecan price skyrocketing due to the demand and supply push and pull.

The government does not support the price of pecans despite their health benefits. Therefore, the market determines the price for pecans, which are considered luxury products.

You can significantly lower the price of nuts if the price is centrally controlled. Intermediaries greatly dictate the price of pecans when there is no control over the market. Ultimately, it is up to you whether you want to buy these nuts.

As pecan orchards mature slowly, the farmer has to find ways to recoup their investment as quickly as possible, which explains why pecans are so expensive.

Pecans are packaged as luxury nuts. If you buy them from a local store, you will have to pay more. Advertisers portray pecans as a premium item, generating market access to high-end consumers.

Second, not all stores carry the nuts; they are located in outlets frequented by health-conscious heavy spenders.

Pecan nuts appear to be packed with antioxidant properties in advertisements. Additionally, it is believed to extend the life and suppress Alzheimer’s disease.

Pecan nuts are considered healthy, so the demand continues to increase, as well as the price.

Despite the slow growth rate of pecans, demand for the nut is increasing, which is a natural catalyst for its price to increase.

To avoid pecans, farmers cultivate nuts with a fast maturation time. The result is a rush by consumers to get their hands on the available few.

However, pest pressures have always negatively impacted pecans’ quantity and quality. Therefore, the quality and quantity of pecans determine their price.

The majority of pecans sold in China are grown in the United States. Further, the current trade is affected by the conflict between the two countries. As a result, there is a lot of uncertainty in the market. The situation has been exacerbated by the COVID 19 pandemic, which has disrupted the supply chain, causing the price to rise.

According to 2019 statistics, the average price for pecan was $1.29 per lb. However, after China entered the market, the price rose to $2.17 per lb before implementing trade tariffs.

Consumers are hesitant to buy because the market is uncertain due to the pandemic. In addition, pecans have become expensive due to a market deficit.

Its market is unregulated so prices will remain high. A premium price benefits the retailer and the farmer when they buy these nuts. The seller controls the price in an open market targeted at the middle class.

How much do pecans cost?

The price of pecans depends on how many you’ll get and the type of pecan. Pecans with a hard shell cost $6 to $7 per pound, and those with a paper shell cost $7 to $8. So you can pay as much as $12 to $14 per pound from pecan farms for pecans without shells.

Are pecans worth the money?

Why are pecans so popular?

Pecans are so popular because of their buttery flavor and the myriads of health benefits they offer. In addition, these nuts are the only tree nuts that are native to North America. Thus, it’s also exported to the rest of the world, continuously growing in popularity.

Are pecans more expensive than walnuts?

No, walnuts are more expensive than pecans. However, it will depend on the type of walnut and pecan that you’re buying. Some pecans and walnuts can cost around $6 to $7 per pound. However, there are other expensive walnuts and pecans.

The price difference isn’t that much, but you can always find walnuts more expensive than pecans.

Why are pecan pies so expensive?

Pecan pies are so expensive because the price of pecans is also high. Since pecans are an essential part of pecan pies, the prices also fluctuate when the price of the nuts does the same.

In a nutshell, the price of pecans is exceptionally high because there is a low supply but high demand. Moreover, the nuts are marketed as a luxury, adding to their price, and the market is unreliable. As a whole, pecans are expensive, especially for most consumers.

People often purchase pecans since they are a popular type of nut. However, if you’re on a budget, there are some cheaper alternatives to these nuts you might have considered. The first thing you can do is understand the value of these nuts to understand why they are so expensive, and we hope this article helped you with it. 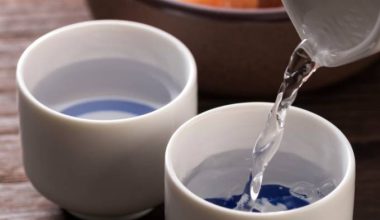 Read More
Beef jerky is a trendy snack, and it has been so for literally centuries. That is because the…
FFood 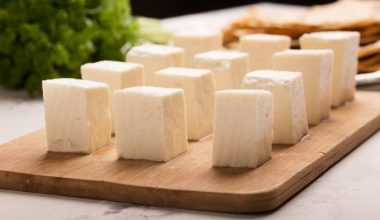 Read More
If you love cheese, you’ve probably heard the words Paneer and Mozzarella. But in case you have not,…
FFood

Read More
Wasabi is Japanese horseradish, a famous condiment added to most Japanese dishes, especially sushi. While wasabi is a…