Why Are Almonds So Expensive? (Top 5 Reasons Explained)

If we’re talking about nuts, one of the popular options we can have around is almonds. These nuts are readily available in most groceries and stores, and it’s also something we enjoy eating from time to time. Now, one of the things you may wonder about these nuts is their price. For instance, you may ask:

Why are almonds so expensive? Almonds are expensive because of several reasons. Among these are their popularity, farming costs, the limited water supply, the time, and the cost of pollination. So while almonds are cheaper than other nuts, it’s still pricey if you’re on a budget.

Almonds are popular nuts packed with nutrients, and while they make excellent snacks, the costs of buying such are something to consider, especially when you’re on a budget. Thus, you probably need an explanation as to why the prices of almonds are so high.

This article will explain the top five reasons why almonds are so expensive. This way, you can understand the value of these nuts and know if these nuts are worth buying depending on your preferences and needs.

Yes, almonds are expensive. However, they are not as pricey as other expensive and rare nuts. Since almonds are readily available, their price isn’t that high, although you can find cheaper alternatives if you’re on a tight budget.

Why are almonds so expensive?

Here are the top five reasons why almonds are so expensive. You can read further below to understand the value of these nuts.

As experts understood healthy fats better, almonds gained in popularity by 220% between 2005 and 2014.

Health-consciousness shifted the focus toward almonds as we moved away from low-fat and meat-based protein foods.

Anyone trying to lose a few pounds or keep their heart healthy is constantly encouraged to consume almonds as a convenient, healthy snack.

Farmers are struggling to keep up with rising demand, increasing costs. As a result, nut allergies are rising, not surprising considering almonds’ health benefits.

In daycares, schools, and sports snacks, peanuts are rarely allowed. For parents who need to throw together a quick lunch, almonds and almond butter are a perfect choice.

Further, store brand almonds often warn that they contain peanuts and do not test for cross-contamination.

The result is that those with peanut allergies are forced to buy branded almonds, such as Blue Diamond, which are peanut-free.

These oversized trees are grown in a Mediterranean climate on fertile soil, on large tracts of land, and need a lot of acreages. Summers must be hot and dry, and winters should be mildly cold during the dormant season.

A late frost can damage almond trees blooming too early, however. Although they need a lot of water, too much rainfall may cause fungal and bacterial diseases.

The majority of almonds in the world come from California. According to an analysis conducted in 2020, almonds are grown on 1.18 million acres in California.

There is a shortage of affordable land in California. Over the past few years, land values and interest rates have only risen. This makes it increasingly difficult to secure the kind of land you need to start, grow, and maintain a successful almond farm.

Although Spain, Morocco, and Iran produce almonds, California’s almonds remain the bulk of the world’s supply.

The California almond industry suffers from regular droughts, which have serious consequences. It takes about one gallon of water to grow one almond.

The almond trees will produce significantly fewer almonds if the soil is not sufficiently moist, particularly at the start of the season.

In the past several years, almond farmers have increasingly used drip irrigation and microjet systems for controlling moisture levels throughout the season. As a result, the price of water in CA is rising as it becomes an increasingly valuable resource.

There are more droughts and wildfires in California as temperatures rise. This one state supplies a third of the nation’s vegetables and two-thirds of its fruits and nuts. Thus, a lack of water could severely affect agriculture in the country.

Almonds are produced over a long period, beginning with dormancy during the cold months, blooming, bee pollination, opening, harvesting, shaking, and storing.

In late February, almond trees begin to bloom after being dormant from November to February. However, pollination by bees is costly, and the blossoms develop and grow for approximately four months before they open up.

They are then sorted, cleaned, and packaged after being shaken by machines to remove their almonds. Every bag of almonds is the result of all of this work and more.

An almond tree can produce the first almond after up to three years, and it takes up to 12 years before it even turns a profit.

An almond tree only has a fruitful season from August to October once it starts producing almonds. However, an almond tree will live for approximately 25 years when healthy.

For almond trees to flourish, a lot of bees are required. In addition, cross-pollination is necessary for almond flowers to become fertilized.

On an almond farm, bees pollinate and fertilize the almond trees by feeding on different varieties of almonds.

To pollinate their almond trees, almond farmers rent bees from commercial beekeepers, but unfortunately, pollination costs have tripled over the past decade.

To prevent endangering the population, it is essential to sustainably utilize the bees for almond production.

The cost of storing and shipping a large number of almonds is another factor to consider. In addition, farmers are forced to raise prices because of smaller profit margins.

How much do almonds cost?

The cost of almonds depends on the type of almonds and the brand you’re getting. For example, when you buy a 30-ounce bag of Blue Diamond almonds, you can expect to pay around $0.38 per ounce.

Raw, salted, or flavored almonds have the same price, but the price per ounce for a 6-ounce container increases to $0.58 per ounce.

Among the valuable deals is a 3-pound bag of raw almonds at Costco for $12, which comes out to $0.25 per ounce. In addition, almonds are available for baking at about $0.50 per ounce or $2 per cup.

What is a good price for almonds?

Are almonds worth the money?

Yes, almonds are worth the money, even though you’re on a budget. Almonds reduce blood pressure, blood sugar levels, and cholesterol levels. Further, these nuts can also reduce hunger and help you lose weight.

In general, almonds are one of the perfect foods there is. Even though there are cheaper options, you can enjoy almonds for an extra buck but with loads of benefits.

Why are almonds so popular?

Almonds are famous because of their health benefits to their consumers. They have benefitted from decades of heavy marketing and favorable studies proclaiming the nut’s numerous health benefits. There is a link between the almond or, at least, its consumption, better heart health, weight management, and even longer life expectancy.

Why are almonds more expensive than peanuts?

Here are some of the frequently asked questions about almonds and why they are so expensive. You can read further below to see if it helps any of your concerns.

Why are American almonds cheaper?

American almonds are cheaper because they are grown locally, and no importation costs are added. However, if American consumers buy imported almonds, the price will be much higher because many expensive shipping costs are added to it.

Why are Jordan almonds so expensive?

Jordan almonds are so expensive because these nuts are considered an aphrodisiac in the Middle East. As a result, newlyweds and their guests always have plenty available. The Jordan almond is believed to have originated in ancient Rome, where a Roman baker and confectioner named Julius Dragatus introduced honey-covered almonds.

Why are Marcona almonds so expensive?

Since Marcona almonds are a gourmet variety and can only be found in Spain, they are pretty expensive. Furthermore, they have to be imported by countries worldwide, resulting in a price increase.

Why are organic almonds so expensive?

Organic almonds are so expensive because they require more labor than regular almonds. Organic almonds are generally higher due to the higher cost of land, a lengthy harvest process, drought conditions, and a higher labor and pollination cost. It is expensive to buy land in states where droughts are common, and almond trees are large and require a lot of water.

Why are chocolate almonds so expensive?

Chocolate almonds are so expensive because they are popular snacks many people enjoy. Due to its popularity, the demand for chocolate almonds increased, increasing their value and price.

Why are ground almonds so expensive?

Ground almonds are so expensive because of the extra processing costs that they pass through. Thus, if you compare ground almonds with regular ones, you can find the price higher or more expensive.

Why are blue diamond almonds so expensive?

Blue Diamond almonds are so expensive because they are a renowned brand for processing almonds. However, most people prefer this brand, saying these almonds are crispier and have a better texture and mouthfeel.

In a nutshell, several factors contribute to the high price of almonds. They are popular, have high farming costs, have a limited water supply, take a long time, and are expensive to pollinate. So even though almonds are less expensive than other nuts, they’re still expensive if you’re on a budget.

Almonds are a popular nut packed with nutrients, and while they make excellent snacks, purchasing such can be expensive, especially if you’re on a budget. As a result, you probably need to explain why almond prices are so high. We hope this article helped you understand the value of almonds. 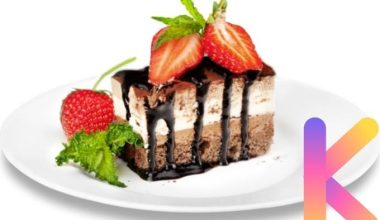 Read More
Bacon is one of the most popular products made out of pork meat, and it has become the…
FFood 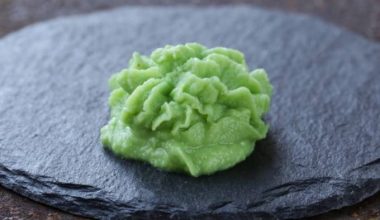 Read More
When we speak of wasabi, we think of this green paste that we see beside sushi and other…
FFood 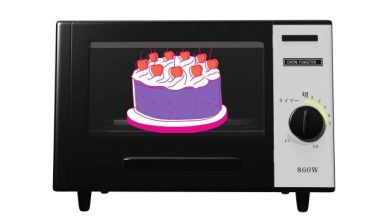