Home Food Mirin vs. Michiu: What Is the Difference? (Explained!)
FFood

Mirin vs. Michiu: What Is the Difference? (Explained!)

Mirin and Michiu are popular culinary condiments in their respective countries of origin, the former from Japan and China. In general, these two condiments have a lot in common. As a result, you may be curious about their distinctions. So, what is the distinction between Mirin and Michiu?

While both Mirin and Michiu wines are cooking wines, they serve different functions and impact food dishes differently. Mirin and Michiu, for example, have distinct impacts on food. Therefore cooks utilize them to get mixed results.

If you want to learn more about Asian cuisine, knowing the distinctions between the two can help you learn how to employ each when you need it. When you employ both correctly, it will also assist you in providing the most excellent taste in your cuisine. We will discuss these distinctions in greater detail later.

In this post, we’ll answer some of the most frequently asked questions concerning Mirin and Michiu. This way, you’ll be able to comprehend each one and observe how they compare.

Is michiu the same as mirin?

Mirin is not the same as Michiu, even though both are culinary wines. Michiu is a Chinese rice cooking wine with an alcohol content of around 19.5 percent.

This Asian specialty wine is very well-liked in Taiwan. The wine is frequently used in meals such as shochu chicken and duck dishes.

Mirin, on the other hand, is a sort of Japanese cooking wine. Furthermore, it has a similar appearance and function to Michiu in reducing fishy scents from dishes. In fact, some individuals use it as a substitute for cooking wine.

The majority of Michiu available in the U.S. market comes from Southern China and Taiwan. It is used to hide the stench of meat and fish while adding little to no flavor to the dish.

Mirin, according to some, is a good Michiu substitute. They also stated that it could suffice in a pinch as long as you minimize the sugar in your dish because Mirin is already sweet. Other options, though, will be preferable.

Dry sherry, for example, is a safer, similar alternative. Furthermore, Mirin has a sweeter flavor than Michiu, which is rich, aromatic, and somewhat sweet.

What is the difference between Mirin and michiu?

Mirin and Michiu are both rice wines. Thus, they share a lot of similarities. However, they have different properties that set them apart from each other.

In general, the difference between Mirin and Michiu comes in different aspects. Thus, if you want to compare both, you’ll find it easier to understand by checking all these aspects one by one.

Mirin is a lovely cooking wine with more than nine distinct carbs with varying richness, giving the dish a naturally sweet flavor. Thus, it gives a better flavor compared to Michiu, which has a profound alcoholic effect.

Furthermore, the glucose may balance the salt’s salty taste and the vinegar’s sour taste, making the food taste more smooth and clean.

Thus, since Michiu has a high alcohol content, the refreshing effect is not that noticeable compared to Mirin.

Michiu is more alcoholic than Mirin, and so you’ll find the alcoholic flavor deeper when you use it. Thus, it has a better way of removing the fishy or foul smell in your food.

Still, it lacks the flavor that Mirin can give. For this reason, you’ll find it best to use small amounts of Michiu, but only to remove the foul smell. On the other hand, you can use Mirin when cooking.

Thus, while preparing meat that requires long-term simmering, a correct amount of Mirin helps retain the structure of the seafood and enhances the flavor of the meals.

Mirin and Michiu may be used in cooking, such as searing, simmering, grilling, roasting, steaming, and baking. However, that’s where their similarity ends.

When cooking rice, a few drops of Mirin can make the rice grains chewier; preparing pastries can keep the batter from breaking.

Thus, you’ll find Mirin more useful in your cooking tasks. Still, Michiu has its benefits for every kitchen.

Can you substitute Mirin with michiu and vice versa?

The problem with Michiu is that it’s rare to find in the U.S. Thus, you’ll be looking for better alternatives to it in many cases.

If you can’t find michiu, you can substitute Mirin (Japanese rice cooking wine) which is typically easier to find in the U.S.

Mirin is considered an adequate substitute for Michiu if you can’t find one online or nearby. Typically, Michiu isn’t easy to find in the United States because some importers sell specialized ingredients.

On the other hand, you cannot substitute Michiu for Mirin since it lacks the flavors you’ll get from Mirin. Also, it has a strong alcohol content that can affect your recipe. Thus, the usage of Mirin and Michiu differs from each other.

Usage of Mirin vs. michiu

In general, Mirin has a broader range of use in cooking than Michiu, and it’s because Mirin gives more flavor than the neutral yet alcoholic flavor of Michiu.

Michiu is a rice wine that is made for cooking. It has a higher ABV than most beers and wines, at 19.5 percent. Thus, it is a specialty wine that is frequently used in Taiwanese dishes.

Shochu chicken is an excellent example of an Asian cuisine prepared using Michie. This wine is also frequently used in Taiwanese duck preparations. However, because Michiu is a highly specialized ingredient, you will not find it in most Asian supermarkets.

Mirin and Michiu may be used in various culinary methods, including searing, simmering, grilling, roasting, steaming, and baking. However, that is where their resemblance ends. Michiu is often used for cooking meat, fish, and seafood.

As a result, Mirin will be more beneficial in your cooking activities. Michiu, on the other hand, offers its own set of advantages for every kitchen.

In a nutshell, while being culinary wines, Mirin and Michiu are not the same. Both of these culinary wines serve distinct functions, imparting distinct impacts and tastes to the dish. While both include alcohol to lessen and remove fishy aromas, the impact on the texture and flavor of the meal is not the same.

To wrap it up, your preference will determine which of the two you choose. Because Mirin and Michiu serve separate functions and have different effects, you’ll realize both are helpful in their own right. As a result, it all comes down to which condiment you’ll require. In any case, both of these condiments will enhance the flavor of your dish. 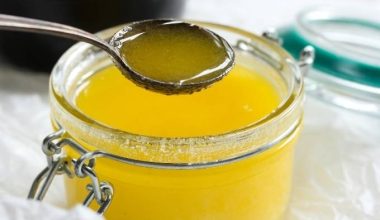 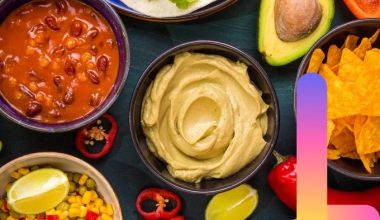 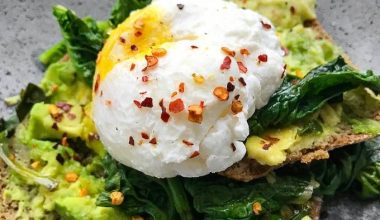 Read More
Poached eggs are popular egg dishes that we enjoy as breakfast and snacks. It comes with a creamy…
FFood 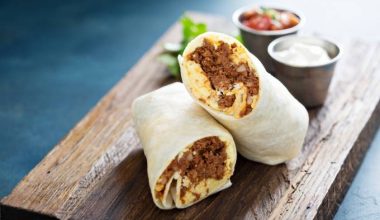 Read More
Quesadillas and burritos are everyday Mexican staples that many people love and enjoy. However, it can be confusing…