Home Food Mirin vs. Sake: What Is the Difference? (Explained)
FFood

Mirin vs. Sake: What Is the Difference? (Explained)

Mirin and sake are like two sides of the same coin. Thus, it’s no wonder why many people use these two interchangeably and are often confused about which is which.

Although Mirin is primarily used for cooking, sake can also be the same. Thus, the question boils down to choosing which one to use and its difference. For someone who wants to understand a bit more about Japanese cooking, understanding both is an essential knowledge that you should know.

In this article, we’ll walk you through the difference between sake and Mirin. This way, you can understand each one and use them according to how you need them.

Are sake and Mirin the same?

Sake and Mirin are the same in the sense that they are both rice wines. However, they are different because sake is primarily for drinking while Mirin is for cooking.

Sake and Mirin are not the same because the former has a more neutral taste and has high alcohol content. On the other hand, Mirin is a sweeter rice wine but with lesser alcohol content.

Mirin is a sweet rice wine, and people often use it for glaze or sauce. This rice wine gives every food a shine or luster, thus often works as an alternative to sugar or other sweeteners.

On the other hand, sake is drier rice wine. This rice wine comes with a lot more alcohol content. Also, it has less sweetness, giving a more neutral flavor to every dish.

For this reason, sake is mainly enjoyed in drinking, although some people still find it useful in some recipes.

Thus, it will depend on your recipe to choose between sake or Mirin. A recipe that calls for a lighter flavor often needs sake, while a recipe that needs glaze and sweetness can use the texture of Mirin.

What is the difference between Mirin and sake?

The difference between Mirin and sake is the alcohol content and the level of sweetness. Thus, the choice between the two lies in the matter of cooking preference.

In general, Mirin has a sweeter taste, and it comes with lesser alcohol content. Thus, the primary purpose of Mirin is to be used in cooking.

Mirin, besides its sweet punch, can be used to create a glaze or beautiful sauce. It gives luster to liquid, which is why cooks often use it to shine a dish.

On the other hand, sake is mainly used for drinking. With its neutral flavor but alcohol content, this rice wine works best on its own as a liquor to drink. However, some recipes that call for a rice wine often point to sake. It all depends on how you want your food to taste.

Hon mirin has around 14 percent of alcohol. Further, it’s made through 40-60 days of mashing. On the other hand, sake gives a neutral taste, but with more alcohol.

Hon mirin contains a bit of sweetness than sake. Thus, it depends on your recipe to consider which one is ideal. You’ll find hon mirin a better choice in most cases as it gives a better glaze and sweetness to your dish.

Aji mirin and sake are almost the same. However, the former is much sweeter, while the latter contains more alcohol. Therefore, Aji mirin is better suited as a condiment or seasoning. On the other hand, sake is more of liquor, something you can enjoy best when drinking.

Thus, although aji mirin and sake are almost the same, the former has lower alcohol content and is ideal for cooking because of its sweetness. On the other hand, some recipe calls for a neutral flavor, which may not significantly affect the dish.

Can you substitute Mirin for sake?

Sake works as an excellent alternative to Mirin since they are both rice wines. The only thing that stands between is sake gets it further to the end.

Most sakes, especially unfiltered sakes, are sweet enough to stand in for Mirin without being doctored up.

If you need a sweetness of Mirin, a splash of fruit juice, or a sprinkle of sugar, it will compensate for dry sake.

Can you substitute sake for Mirin?

Yes, you can substitute sake for Mirin. Sake is a fantastic alternative for Mirin since it is already rice wine, which gets it halfway to the finish line.

Many sakes, especially unfiltered sakes, are sweet enough to stand in for Mirin without being doctored up. A touch of fruit juice, or a sprinkle of sugar, will compensate for dry sake.

When to use Mirin vs. sake?

Even though both sake and Mirin are alcoholic drinks, Mirin is mainly used for cooking, whereas sake may be consumed and cooked within some recipes. Nevertheless, both are widely used together in Japanese cuisine recipes.

Mirin, in general, has a sweeter taste and a lower alcohol concentration. As a result, the primary function of Mirin is to be utilized in cooking.

In addition to its sweet punch, Mirin may be used to make a glaze or a lovely sauce. Also, it adds sheen to liquids, which is why chefs frequently use it to make a meal sparkle.

Sake, Mirin’s counterpart, is mainly used for drinking. With its neutral taste but high alcohol level, this rice wine works best as a liquor to drink on its own. Nonetheless, specific recipes that call for rice wine frequently refer to sake. It all boils down to how you want your meal to taste.

The cooking sake contains a touch of salt, which gives a salty taste compared to regular sake. Still, the alcohol content remains the same. Thus, if you’re wondering whether you should use cooking sake or mirin, it boils down to your preference.

You can enjoy a sweeter touch to your food with mirin, and you can get a saltier option if you use cooking sake. However, if you need one in place of another, it’s not a great idea since you’ll have a different output. Since cooking sake is salty and mirin is sweet, you can’t interchange both. 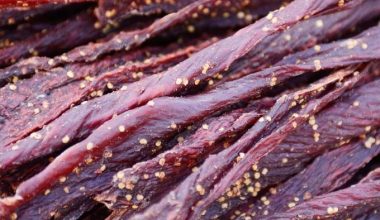 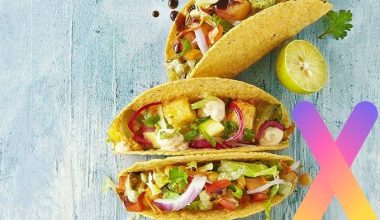 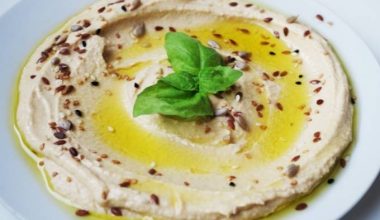 Read More
Sure, hummus is not something hideous, and yes, it is undoubtedly very healthy, but that doesn’t precisely mean…
FFood 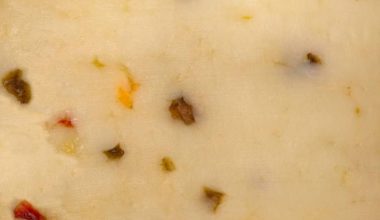