Home Food How Long Can a Sandwich Sit Out Unrefrigerated? (Explained)
FFood

How Long Can a Sandwich Sit Out Unrefrigerated? (Explained)

If you often need to prepare food to work or for your children to school in advance, chances are you make sandwiches a lot because they’re simply awesome for that – it’s not hard to make them, and they can stay good for a reasonably long time

But if you’re preparing too many of them simultaneously, putting each of them into the fridge right after you make it may get annoying. Therefore, you may wonder:

This is just a brief answer, though, since different kinds of sandwiches can sit out for different times. Hence, it’s needed to dive into this topic a bit more.

So why hesitate? Let’s just get started!

Yes, sandwiches go bad, and they can spoil even pretty quickly – sandwiches start to turn bad just after two hours at room temperature. However, they can also last for long periods of time if you store them properly.

Making sandwiches last longer isn’t a challenging task; you just have to put them into the fridge.

Do sandwiches need to be refrigerated?

Most of the time, sandwiches get eaten right away and therefore don’t need to be refrigerated. If you plan to store them for a longer time, though, putting them into the fridge is necessary.

That way, they can last even as long as three or, in some cases, maybe even four days. If you want to store your sandwiches for a long time, you can also freeze them. Then they may last even three months!

How long can a sandwich sit out before it goes bad?

Sandwiches can sit out for something like an hour or two before they turn bad. It is generally agreed that sandwiches last unrefrigerated for two hours. Still, since the specific timestamp depends on many factors, we recommend you not to leave them out for more than an hour if possible.

Therefore, if you plan to store your sandwiches for a long time, you first have to put them into the fridge or the freezer right away. They might last even three months, but not if they were left out for too long.

How long can a chicken sandwich sit out unrefrigerated?

The chicken sandwich is an extremely popular snack, but it might start to spoil bad even quicker than other sandwiches do. Therefore, a chicken sandwich shouldn’t sit out unrefrigerated for more than one and a half hours.

That’s because it contains cooked meat, which is often mixed with some mayonnaise or other similar sauce too. The kind of the sandwich is simply the most important factor regarding its ability not to turn bad, and hence we’ll check some other popular ones as well.

How long can a club sandwich sit out unrefrigerated?

The club sandwich is a delicious snack made out of bacon, cooked poultry, tomatoes, and mayonnaise. Because of that, it’s best to eat it right away – a club sandwich can sit out for only something like an hour.

It may last a bit longer, but we don’t recommend you to risk it because it contains so many highly perishable ingredients.

How long can a ham sandwich sit out unrefrigerated?

A Ham sandwich is a prime example of what most of us would imagine just under the word sandwich. Therefore, there’s not much special about its ability not to turn bad – a ham sandwich can sit out unrefrigerated for not more than two hours.

But this probably won’t be the truth if you use mayo for your ham sandwiches since that makes it spoil quicker. More about that in the following answer, though.

How long can a sandwich sit out with mayo?

As we’ve mentioned above, mayonnaise is one of the ingredients that make some sandwiches spoil faster than others. But for how long exactly can you leave a sandwich with mayo at room temperature?

Because mayonnaise is one of the most perishable ingredients used to make sandwiches, a sandwich with mayo can sit out for only an hour. Additionally, if you’re planning to store it for a longer time in the fridge, we highly recommend you not leave it out for more than half an hour.

How long can a cheese sandwich stay unrefrigerated?

A cheese sandwich is one of the plainest kinds of sandwiches, which should make it able to last for a bit longer than most of the other ones. However, a cheese sandwich still shouldn’t be unrefrigerated for more than two hours.

With that in mind, an indeed simple cheese sandwich without any meat, ham, or mayo may last for maybe even three or four hours at room temperature.

How do you keep a sandwich fresh without a refrigerator?

Keeping a sandwich fresh without a refrigerator is a tough challenge – sandwiches are made out of highly perishable ingredients, making it nearly impossible to keep them for a long time without the fridge.

Probably the only way to do so is by putting the sandwiches into a lunchbox. That prolongs their shelf life a bit, but we’ll talk more about this later.

You can also try to put them into air-tight sealed containers, but that way, it’ll most likely still be needed to put them into the fridge afterward, or otherwise, they’ll simply turn rancid.

How long is a sandwich good for in a lunchbox?

A sandwich containing things like ham, meat, or mayonnaise will last only something like two hours on its own, but you can expand its lifespan by putting it into a lunchbox. That way, they should last for even as long as six hours.

Taking sandwiches to work in a lunchbox is, therefore, possible, but if you plan to store them for a longer time, refrigerating or freezing them will be needed.

Is sandwich meat still good if left out overnight?

To be honest, not many kinds of sandwiches last unrefrigerated because sandwiches are primarily made out of perishable ingredients. Sandwiches that use nut butter or things like hummus may be an exception, though.

But with that in mind, they last just a bit longer than others, not forever – you can expect sandwiches that use nut butter or bean-based spreads not to spoil for something like six hours when left unrefrigerated.

Sandwiches are often made in advance as a snack to work or school, but they need to be stored properly if you want them to last a long time. When left unrefrigerated, sandwiches start to turn bad just after two hours.

In many cases, it may take even less. However, sandwiches that use nut-butter or things like hummus as their base can sit out for even as long as six hours. Nevertheless, all kinds of sandwiches should be refrigerated if you want to keep them for a long time.

That way, they will last three, maybe four days. If you need to store them for even longer, you can also freeze them. That’ll make them last for even three months; it is not recommended to do so with sandwiches with mayonnaise, though. 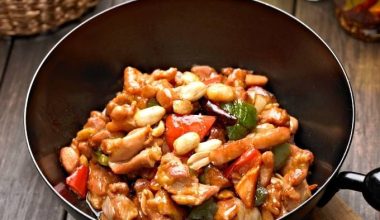 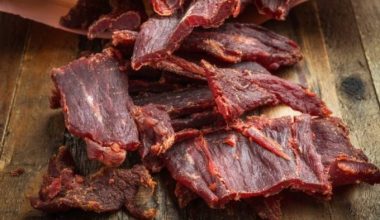 Read More
You probably know how expensive beef jerky can be if you are a fan. Although beef jerky isn’t…
FFood 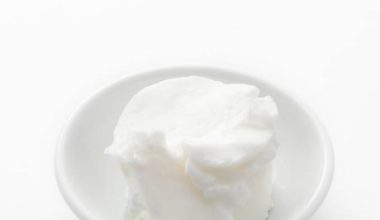 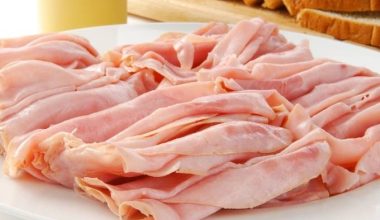