Home Food How Long Are Blueberries Good For? (All You Need to Know)
FFood

How Long Are Blueberries Good For? (All You Need to Know)

Blueberries aren’t precisely the thing you would be using in the kitchen every single day, and because of that, it is more than common to have them at home for quite a while before you use all of them. And while that isn’t a problem, it makes it crucial that you know the answer to this question:

How long are blueberries good for? Blueberries are good for something between five and ten days when stored in the fridge. So if you need to store them for an extended period, you should put them into the freezer. There, they will stay suitable for up to six months.

But this is hardly everything that can be said about this topic. No need to worry, though – everything you need to know will be uncovered in this article!

So without any further ado, let’s get started!

How long are blueberries good for in the fridge?

It’s hard to answer this question because it depends on many factors, but generally speaking, it can be said that blueberries are good for five to ten days in the fridge.

Well, at least when they’re stored properly, which most importantly means you have to make sure they don’t sit out for too long (what precisely is “too long” is explained below).

With that out of the way, you can expect them to stay suitable for at least the mentioned five days, but in most cases, it will be closer to the ten-day mark. However, if this amount of time still isn’t enough for you, check the following answer!

How long are blueberries good for in the freezer?

If you know you’re going to hold onto your blueberries for a long time, the best thing you can do is freeze them. In the freezer, blueberries are good for something around six months, and that is a more than decent amount of time.

How long are blueberries good for out of the fridge?

As explained above, you can expect your blueberries to last for quite some time if you put them into the fridge or freezer. However, what happens when you leave them to sit out?

Blueberries are good for only a day or two out of the fridge, so make sure you finish all of them within this time if you’re not planning on refrigerating or freezing them.

How long are fresh blueberries good for?

When out of the fridge, fresh blueberries are good for only a day or two; however, their lifespan rapidly increases when you put them into the fridge. That way, blueberries stay eatable for up to ten days!

And if not even that is long enough time for you, you can also freeze them – frozen blueberries last for about half a year.

How long are thawed blueberries good for?

How long are dried blueberries good for?

As you’ve probably guessed, dried blueberries have a significantly longer lifespan than fresh ones – dried blueberries are good for up to a year even at room temperature, meaning you don’t have to worry about finding someplace in the fridge for them.

How long are canned blueberries good for?

After you’ve opened them, put the canned blueberries into the fridge. There, they will stay good for another week or so.

What happens if you eat bad blueberries?

Eating spoiled food is more than likely going to make you sick, as we hope you all know. So if you eat bad blueberries, be prepared for some of the most common symptoms of food poisoning like diarrhea, stomach ache, or vomiting.

Can old blueberries make you sick?

How can you tell if blueberries have gone bad?

As explained in the two previous answers, spoiled blueberries are very likely to make you sick. And that means it is important to be able to tell bad blueberries from the good ones; fortunately, that’s nothing complicated!

You can tell that blueberries have gone bad when their texture is very soft and mushy. Additionally, look for any signs of mold and a weird, unhealthy smell. If you notice anything like this, throw the blueberries out as soon as possible.

How to store blueberries?

If you have some blueberries you know you’re not going to use immediately, it’s important to store them properly to ensure that they’re not going to be wasted. So what should you do? Let’s find out!

How to store blueberries after washing?

When we’re talking about fresh blueberries, the most important thing you have to do before storing them (or using them, for that matter) is to wash them. After washing, you should let them dry out on a paper towel. Then, just store your washed blueberries in the fridge or the freezer.

How to store blueberries in the fridge?

If you know you’re not going to use them within a day or two, but you’re also sure it won’t take you much longer than that, the best way to store your blueberries is to put them into the fridge.

To properly store blueberries in the fridge, carefully wash them and let them dry out. Then, seal them into some airtight containers, and voila, now you just have to put them into the refrigerator!

How to store blueberries in the freezer?

And nothing changes when you want to freeze them. To store blueberries in the freezer, you first have to wash them and let them dry out until there’s no visible water on them. After that, carefully seal the blueberries into some airtight containers, freeze them, and you’re done!

If you’re just a bit like us, it probably takes you a while before you use them when you get your hands on some blueberries. However, that isn’t a problem, provided you know what to do.

Blueberries last for about ten days when stored properly in the fridge. If that isn’t enough for you, try freezing them – in the freezer, you can expect your blueberries to last for even as long as six months.

And when we’re talking about the canned or dried blueberries, you don’t even have to freeze them for a similar result since both of these will last for at least a year, even at room temperature!

Read More
Fish is considered to be the healthiest kind of meat, which often leaves us thinking that the water…
FFood 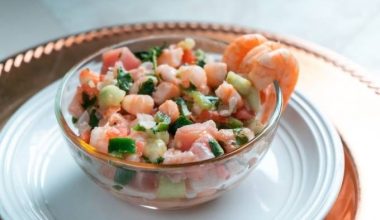 Read More
When we speak of ceviche, we always think of it as fresh, and that’s because this dish is…
FFood 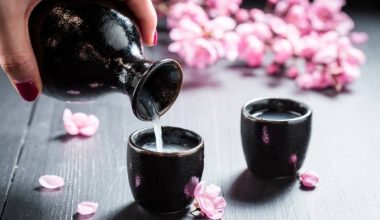 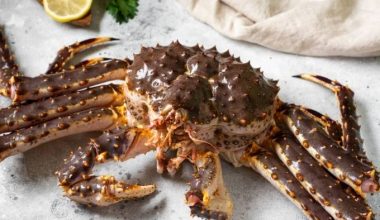 Read More
King crabs are one of the rare kinds of seafood we encounter from time to time. It’s not…