How Long to Cure Jerky Before Dehydrating? (Explained!)

How long to cure jerky before dehydrating? That depends on whether we’re talking about beef, pork, or maybe even buffalo jerky. But, in general, we can say that you should cure your jerky for something around 10 to 20 hours.

This is just a rough estimate, though. But don’t worry, after reading this article, you will be surely sure about what curing time is the right for your jerky. So what are waiting for? Let’s jump right into it!

Do you have to cure jerky before dehydrating?

To put it simply, no, you don’t have to cure jerky before dehydrating when you stick to the recommended procedure (meaning you heat your jerky to at least 165°F before you start to dehydrate it).

That’s because it’s the dehydration itself that gives your jerky the beloved ability not to turn rancid quickly. But, with that being said, the majority of people still cure their jerky.

Why? Well, simply because it still is a furthermore defense against bacteria, and even though it isn’t needed, it allows your jerky to stay fresh for a longer time.

Last but not least, there’s also the fact that curing the jerky makes it taste better for many people – if you like salty flavors, you should definitely at least think about curing your jerky then.

Related: Is Beef Jerky Cooked Before It Is Dehydrated?

How long do you cure beef jerky before dehydrating?

For how long should you let it cure, though? Well, that depends on what type of jerky we’re talking about. Firstly, let’s take a look at the most common jerky out there a.k.a. beef jerky.

The recommended time for curing your beef jerky is around 12 hours if you’re making the jerky from stripped meat. And when you’re using a ground beef, the advised time for curing is even longer, since you should let it cure for 24 hours.

How long do you cure deer jerky before dehydrating?

And now we’re basically past the point of sureness since opinions differ with other jerkies, that are much less known and popular than the beef one. That is, among others, jerky made out of deer meat.

As we’ve touched a few sentences before, coming with a specific timestamp is complicated with deer jerky. It can be said that you should let it cure for at least 6 hours. But don’t leave it there for much longer than 24, because otherwise, it can get too salty.

How long do you cure pork jerky before dehydrating?

How is it with pork jerky, though? Not simple, either – it is once again generally thought that letting it cure for more than one whole day will ruin it. And the less seems to be, the better with pork jerky overall.

Therefore, we would recommend you to let your pork jerky cure for something like 12 hours.

How long do you cure turkey jerky before dehydrating?

Turkey jerky definitely isn’t as popular as the two ones mentioned before (let alone the beef jerky), and that means it is even harder to come with a timestamp.

However, it is usually recommended to let your turkey jerky cure for anywhere between 15 to 18 hours.

How long do you cure buffalo jerky before dehydrating?

And the last type of jerky we will check is the buffalo one. This type of jerky is actually quite popular, and that makes it easier for us to give you a good piece of advice! So what is the answer?

It obviously depends, but it is generally agreed that it is best to let your buffalo jerky cure for something around 20 hours before dehydrating.

Even though curing your beef jerky isn’t necessary, many people do it nevertheless. That’s because the cure doesn’t only give your jerky further protection against spoiling but also an enjoyable salty taste.

But that taste may become awful pretty easily if you let the jerky cure for far too long. What amount of time that exactly is, depends on the type of jerky, but it is safe to say that you should never cure any of your jerkies for more than 24 hours. 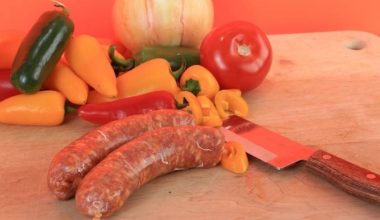 Read More
Sausages are one of the popular meat dishes we enjoy eating from time to time. It’s best for…
FFood

Read More
Sous vide is one of the most precise and ideal cooking methods. However, this method usually makes use…
FFood

Read More
The pizza is fantastic! Seriously, do you know anyone who doesn’t love it? Even when we think deeply,…
FFood 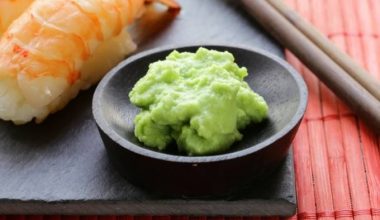 Read More
You know wasabi is good, but who makes the call as to how much is too much? Is…