Home Food Does Salt Burn? (All You Need to Know)
FFood

Does Salt Burn? (All You Need to Know)

When it comes to salt, at least the kind that we use with our meals, it dramatically improves the flavor profile of nearly every food. Additionally, salt is necessary for the health of your body when used in the proper quantities. Now, since it’s used for cooking, you may wonder if it can intensify any flame in the kitchen or if it can pose a danger during a fire. So, you may ask:

Does salt burn? In general, salt does not burn. The table salt we usually have at home has a melting point, but it’s around 800 degrees Celsius, which isn’t usually possible at home. So, in short, salt won’t burn or even catch fire. Still, it can change the color of the fire when thrown.

Since salt is something you’ll always have in the kitchen, you should also know its effects in the event of fire when cooking. This way, you’ll have an idea about its properties and use it safely without any incidents.

In this article, we’ll answer most of the questions you’ll usually ask about salt on this matter. In addition, we hope this information will help you understand more about the seasoning you usually use in almost every dish.

No, salt does not burn. The salt we usually have in our kitchen has a melting point of around 800 degrees celsius. Thus, even if you have high heat, the salt will only melt.

As a result, salt is often used to smother fires because of its ability to smother heat. It can also cover the burning material to not receive oxygen from the air, which is essential for burning.

In addition, the heat from the fire warms the salt, removing heat from the burning material, which also has the effect of extinguishing the fire.

Does salt burn in a fire?

No, salt does not burn in a fire. So, if a fire breaks out in your kitchen, any salt nearby would not be burned, nor would it cause the fire to grow larger.

Since salt is not flammable or combustible, it will not catch fire unless exposed to extraordinarily high temperatures. As a result, salt is sometimes used to extinguish fires in certain situations.

No, salt does not burn blue. When you put typical table salt in fire, it burns yellow. The flames can become blue when it’s coming from a burning copper. The flame can turn violet if it’s burning potassium.

Does salt burn in the oven?

No, salt does not burn in the oven. However, since it has a high melting point, many cooks use it as a layer of insulation. When cooks cover the food with a layer of salt, it allows even and gentle cooking.

Some cooks and recipes cover the whole food with salt entering the oven. Afterward, they crack the salt crust and discard it. The food cooked with salt retains its moisture from the gentle and even cooking.

Does salt melt or burn?

Salt melts rather than burns. However, salt needs a high temperature of around 800 degrees celsius to melt. Such a temperature isn’t achievable with a regular kitchen stove or oven.

For this reason, many cooks and recipes use salt as a layer that acts as insulation for the food. This layer retains moisture and evens out the heat, giving a moist dish that’s also rich in flavor.

Even though it does not burn, table salt (or sodium chloride) can still affect the color of fire. This is because when thrown onto a campfire or any open flames, the heat creates a chemical reaction that creates energy.

What temp does salt burn at?

Salt melts at high temperatures. In particular, the salt melts at roughly 800 degrees Celsius – over 200 degrees hotter than aluminum. Therefore, it should be hot enough to cause the Leidenfrost phenomenon.

Some metals, such as tin, do create minor explosions. However, this is due to their low melting point, 231.9 degrees Celsius.

Can you heat salt?

Yes, you can heat salt, but you need a high temperature if you want it to melt. For example, if you heat salt, it will reach its melting point of 801 degrees when first heated.

Once that point is reached, the salt will become a liquid known as molten salt. When it is heated above its boiling point, the sodium ions will separate, and the chloride ions will evaporate. However, you will not be left with sodium metal or chlorine gas.

What will happen if you heat salt?

When you heat salt, it will not react until it reaches a temperature of 801°C, its melting point. Salt will become a liquid at this temperature, also known as “molten salt.”

The sodium ions and the chloride ions separate and evaporate when heated above their boiling point. Nevertheless, you do not receive either sodium metal or chlorine gas.

Yes, salt is entirely reactive. This element has very high reactivity, and it can even react explosively with water. Therefore, it cannot be found free because of this reactivity.

In sodium, which is no longer present in the table salt when it is dissolved in water, it follows the separation from its chloride anions.

So, if you are wondering if salt burns, the answer is no. In a nutshell, salt does not burn. Regular table salt has a melting point near 800 degrees Celsius, but it’s not usually possible to melt it within our homes. This means it cannot burn or ignite a fire. However, when thrown, the color of the fire changes.

Because salt is always present in the kitchen, you should also be familiar with its effects in case of fire. We hope that this article has given light to your questions regarding this matter. With this information, you can even use salt against fire if a fire accident happens in your kitchen. 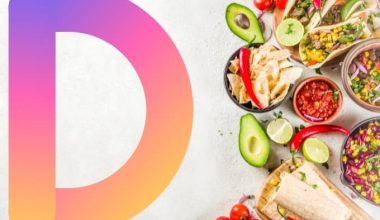 Read More
Mexican cuisine is a world-renowned cuisine since it encompasses a variety of dishes. In general, Mexican food has…
FFood 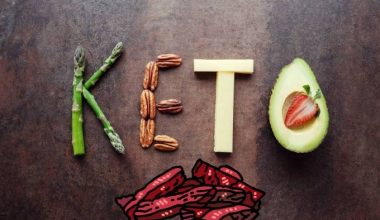 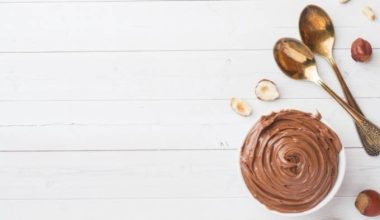 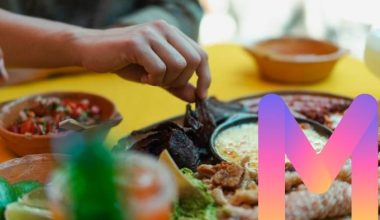 Read More
Mexico’s food has a distinctive flavor that makes it popular. Additionally, Mexican food consists of a variety of…