Home Kitchenware Can You Put Paper Towels in the Oven? (Explained!)
KKitchenware

Can You Put Paper Towels in the Oven? (Explained!)

Paper towels prove to be one of the helpful tools in the kitchen. Whether it’s for cooking, cleaning, or even simple meal preparation, you’ll find this thing handy. Now, since you’ll find such in most kitchens, you probably wonder if you can use it in the oven. Thus, you may ask:

When you’re dealing with your kitchen, one of the things you should avoid is any potential damage or accident from happening. Since paper towels ignite easily, it’s best to find other alternatives to their purpose rather than risking your whole kitchen from catching fire.

For this reason, we created this article to explain the hazards and reasons why you shouldn’t put paper towels in the oven. This way, you can understand the risk and avoid doing this method at all costs.

Is it safe to put paper towels in the oven?

No, it isn’t safe to put paper towels in the oven. Paper towels might be great for absorbing grease or fats. However, it can also cause a fire hazard as it can ignite when subject to the oven’s direct heat.

Paper towels have a great alternative in absorbing all the grease in your dish and using them for cleaning purposes when cooking. However, it’s not ideal for putting them under direct heat, as they may catch fire. Such a hazard is a complete red flag that you should always prevent and avoid at all times.

Can you put wet paper towels in the oven?

Paper towels are thin enough that direct heat can dry them out quickly. Thus, if you put wet paper towels in the oven, chances are they will dry out and ignite a fire in a short period.

Thus, take it as a rule of thumb to avoid paper towels in the oven as it can cause a fire that can damage not only your oven but even your whole kitchen.

Can you make paper towels to be oven safe somehow?

It’s not likely that paper towels would be safe in the oven, not unless the oven is turned off, and that you’ll only use it for cleaning after cooking.

For instance, if you have a greasy mess in your oven after cooking, you can use paper towels to wipe them off. Paper towels can easily absorb grease, so they can be a great cleaning tool for your oven.

However, it’s not possible if you plan to use paper towels under the oven’s direct heat. Such a method can lead to the paper towels catching fire while inside the oven, something you’ll not want to happen.

Can paper towels catch on fire?

Yes, paper towels can catch on fire. Paper towels are thin, making them easy to ignite when put under direct heat. Thus, it’s pretty risky to leave a paper towel inside an oven with high heat.

Paper towels make excellent cleaning materials against grease and fats. Thus, you’ll find it handy when your oven ends up with a splatter of grease from cooking.

Since you can’t wash the oven itself with soap and water, you can simply wipe off the grease and the rest of the mess using paper towels.

Still, if you plan to use paper towels by leaving them inside a hot oven, you shouldn’t, at all costs. Such a method can end up in a fire, causing more damage than you can imagine.

What temp does paper towel ignite?

Paper towels ignite at temperatures of around 451 degrees Fahrenheit. Although, now, it may not ignite under lower temperature settings. You still shouldn’t leave it inside the oven.

Some recipes call for paper towels since the oven may get greasy without them. However, it would be best to use other alternatives as the risks of paper towel is too much.

The properties of paper towels can cause a fire hazard, and they can ignite a fire at any time. For this reason, the best thing you can do is use other alternatives.

What to do when you put a paper towel in the oven?

If you put a paper towel in the oven, you should take it out immediately. The reason is that it can catch on fire anytime since it’s under the oven’s direct heat.

If your oven is too hot, you can turn it off first and take out the paper towel. As much as possible, don’t put paper towels in the oven as they can cause a fire.

This warning is something to keep in mind to ensure the safety of not only your oven but your entire kitchen and home.

What can you use instead of paper towels in the oven?

Parchment paper is already proven safe and effective inside the oven. Thus, it’s often used for baking, and it’s what you constantly line up with your baking tray.

While parchment paper isn’t as absorbent as paper towels, it’s enough to protect your oven from all the grease, lessening the mess in the process.

Aluminum foil is your best bet if you’re purpose is to prevent splatter in the oven. Aluminum foils can withstand high heat in the oven and can catch all the grease. However, when using such, make sure it doesn’t get in contact with the heating element.

However, while it sounds like an excellent method, you can’t put it inside the oven, as it may ignite at a high temperature. 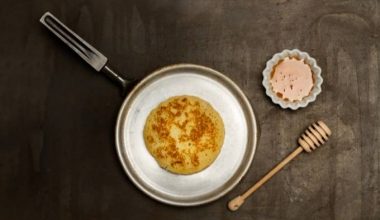 Read More
Choosing the right equipment is an essential part of every baking process. If you use the wrong tools,…
KKitchenware 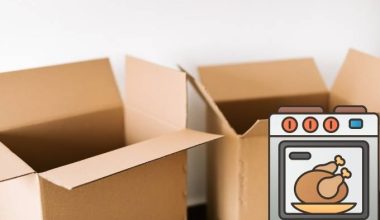 Read More
Cardboard is the material often used by pizza shops for delivery and takes out, and it’s what we…
KKitchenware 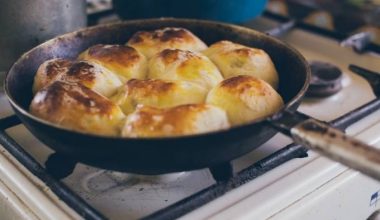 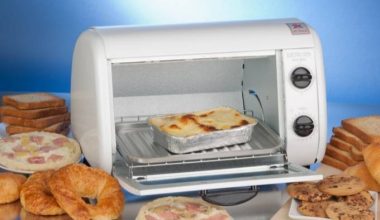 Read More
If you own a toaster oven, you probably see different settings on it. Further, it may make you…